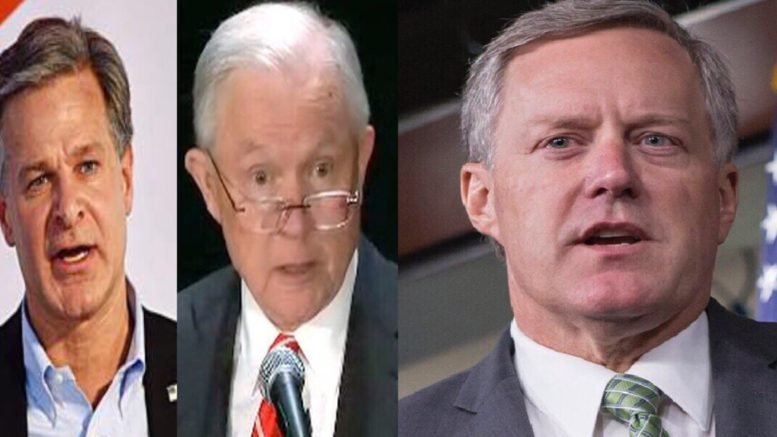 The Chairman of the House Freedom Caucus, Mark Meadows (R-NC) is not letting the Witch Hunt get away with their Obama-era shenanigans.

Meadows has called for the FISA court to investigate the FBI since the FBI questionably obtained the first FISA warrant on Carter Page to start the Mueller probe. (MORE BELOW.)

Meadows called for the FISA Judge to Investigate Obama’s FBI.

The Daily Caller reported that Meadows, “wants the lead Judge on the Secret Surveillance Court to investigate whether the FBI abused the process to obtain FISA warrants against Carter Page.

On Monday, the Congressman wrote a letter to Judge Rosemary Collyer who presides over the Foreign Intelligence Surveillance Court (FISC).

He said, “you are privy to information which could potentially verify or contradict our understanding of abuses of the [Foreign Intelligence Surveillance Act (FISA)] process.”

“Ultimately, to protect the integrity of the process, we believe such an investigation is necessary,” per the DC. (MORE BELOW.)

Obama’s FBI and DOJ are NOT off the hook!

The Daily Caller reported, the North Carolina Congressman, “is one of a handful of lawmakers on a congressional task force investigating the FBI and Department of Justice’s investigation,” on Mueller’s With Hunt.

The Chairman of the Freedom Caucus is bypassing the DOJ and the FBI altogether and going straight to the FISA court where the alleged abuse happened in the first place.