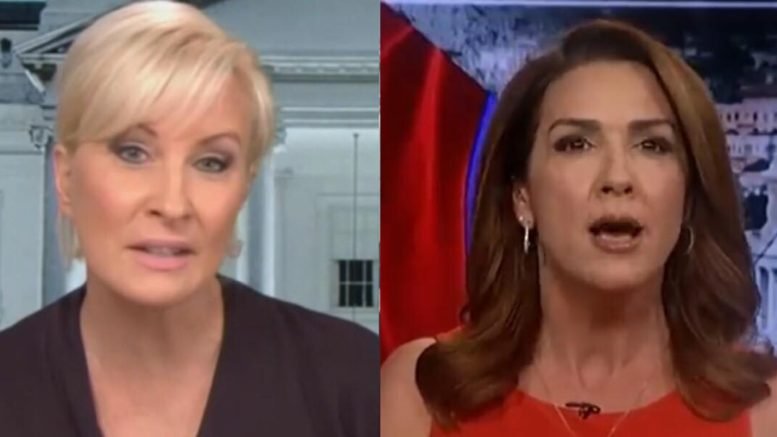 President Trump announced he would address the nation from the Oval Office Tuesday night. The unscheduled prime time speech sent the mainstream media into panic mode.

“I am pleased to inform you that I will Address the Nation on the Humanitarian and National Security crisis on our Southern Border. Tuesday night at 9:00 P.M. Eastern,” the President wrote on Twitter Monday. (Video Below)

Upon the announcement of the President addressing the nation, there was doubt whether networks would air the President, however, doing such would prove President Trump’s condemnation of the fake news media and their bias.

(Related Article: Cuomo Stops Lemon In His Tracks After Suggesting Trump’s Speech Gets Edited: ‘He Has His Right To Make The Argument’)

MSNBC rather, continued to resist the right of the American people and pushed the idea that the Trump administration is spreading lies and false data about the threat of terrorism to create the impression that there is a crisis at the southern border.

Instead of letting the President talk about the critical matters of the border wall, national security, and the government shutdown, media haters were urging news networks not to carry President Trump’s address, because he’ll simply be spreading “a steady stream of lies.” (Video Below)

There is no crisis, insisted “Morning Joe” co-host Mika Brzezinski, as she begged the networks not to carry Trump’s speech.

“But all the signs here indicate that is not what Donald Trump has in mind. And the networks have a decision to make. Do they want to run the promise of more lies, more misleading statistics, more twisting of reality, mindless confrontation, all for the sake of defending Trump’s dark, twisted fantasy of a wall on the Mexican border to fight an enemy that doesn’t exist, except in the most fevered swamps of American politics… do they want to do that for ratings?” Brzezinski asked.

She continued, “Like they’ve done with other presidents in other times, the networks should refuse to turn over the airwaves to Donald Trump tonight for what they know, objectively, to be a steady stream of lies. Maybe that will stop him from debasing yet another one of our historic, solemn and cherished presidential traditions. They shouldn’t run it, not on the main networks.” (Video Below)

GOP Chairwoman Ronna McDaniel questioned why the networks are even contemplating on airing the President’s address and wrote, “Seriously? @realDonaldTrump is giving his first prime time Oval Office address of his presidency and MSM has to “deliberate” over whether or not to broadcast it? Ridiculous.”

Investigative journalist, Sara A. Carter, took note and and gave a sound response to the media’s bias.

She wrote in response to McDaniels tweet, “I think it exposes how far to the left and anti @realDonaldTrump the MSM truly is – shameful because no matter how anyone feels about the issues- the American people should have options to hear POTUS address (which I know will make significant news on the border issues).”

I think it exposes how far to the left and anti @realDonaldTrump the MSM truly is – shameful because no matter how anyone feels about the issues- the American people should have options to hear POTUS address (which I know will make significant news on the border issues). https://t.co/g75OAjJ4Ue