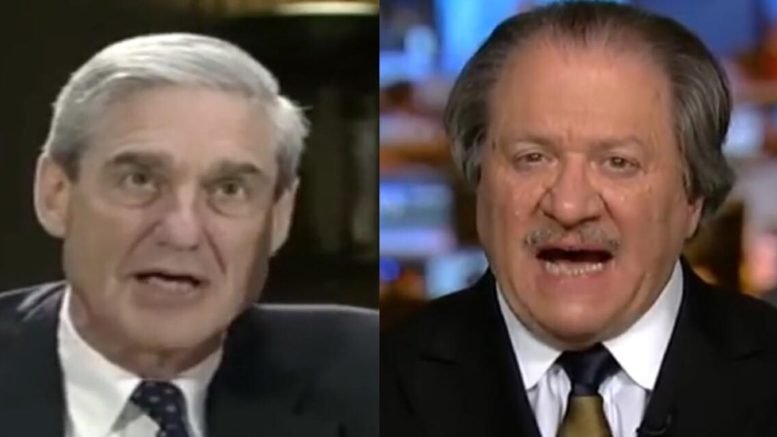 Buzzfeed was fed to wolves after special counsel Robert Mueller’s office refuted the story Friday evening in a statement. (Video Below)

Peter Carr, a spokesperson for special counsel Robert Mueller’s office, released a statement disputing Buzzfeed‘s report that read, “Buzzfeed’s description of specific statements to the Special Counsel’s office and characterization of documents and testimony obtained by this office, regarding Michael Cohen’s Congressional testimony are not accurate.”

Joe DiGenova called in to the segment where he laid down the hammer and put into perspective exactly what he sees.

With a legal background, DiGenova explained why Mueller’s team issued their statement, and he called it what is is: the “Barr effect,” the “Bill Bar effect” to be more precise.

He explained by further pointing out what the “Bill Barr effect” means and painted a scenario had  Mueller not issued the statement. (Video Below)

“Because Bill Barr will be Attorney General in a matter of days, Mueller was forced to issue this statement for this very simple reason…..” DiGenova began.

He continued, “As soon as Bill Barr is sworn in, he will have a meeting with Mr. Mueller. He will get a full briefing on the status of all the investigation, and the first question Bill Barr was going to ask, ‘was that story true, that Buzzfeed published?'”

“I can assure that the picture I just painted for you is exactly what would’ve happened, and it is exactly why Mueller issued his statement tonight. He knows that Bill Barr would be furious! If he knew that Mueller knew a false story was out there and it was left unrefuted– you are now seeing what it means when a real Attorney General shows up in town. This is the new sheriff!” DiGenova announced.

Sebastian Gorka agreed with DiGenova and added that Bill Barr is a quiet professional who is exactly the right man for the job.

“The real story here is how the media ran with the story and lapped it up like pavlovian dogs. They were given the bell, and they reacted with calls of impeachment. The end of the story is the following: today at 7:30 the President of the United States was utterly vindicated. This is fake news. This is the state of the media. They are not independent. We don’t have a free media, Sean. We have private sectors, propaganda. Today the President was vindicated.” Gorka said bluntly.

(Related Article: While Facing Graham, Barr Discloses His Thoughts On FBI’s Anti-Trump Plot: ‘I Was Shocked’)