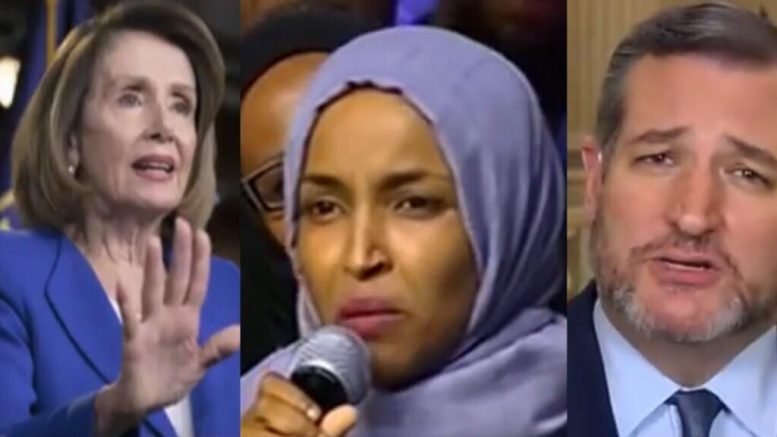 Omar is facing massive backlash after she quote-tweeted a link to an article by Haaretz where House Minority Leader Kevin McCarthy threatened punishment against Omar and Democratic Michigan Rep. Rashida Tlaib, America’s first two Muslim congresswomen; Omar and Tlaib have been embroiled in allegations of anti-Semitism, reported The Daily Caller. (Video Below)

The debacle began when Omar quote tweeted The Intercept’s Glenn Greenwald. He tweeted a link to a Haartez article about McCarthy promising “action” against Omar and Congresswoman Rashida Tlaib. McCarthy’s statement in the article was not explicit in what he thought required “action,” but it appeared to be in reference to their statements about Israel, per The Daily Caller.

Greenwald’s tweet read, “GOP Leader Kevin McCarthy threatens punishment for @IlhanMNand @RashidaTlaib over their criticisms of Israel. It’s stunning how much time US political leaders spend defending a foreign nation even if it means attacking free speech rights of Americans.”

Omar added, “It’s all about the Benjamins baby,” with a music note emoji. Then, after receiving pressure to explain who she was talking about, she tweeted “AIPAC!”

Her comments received swift and firey remarks and condemnation from members of congress on both sides of the aisle, including Speaker Pelosi. In a joint statement with the party’s other leaders, Pelosi stated that “anti-Semitism must be called out, confronted and condemned whenever it is encountered, without exception.” (Video Below)

Pelosi’s statement reads: “We are and will always be strong supporters of Israel in Congress because we understand that our support is based on shared values and strategic interests. Legitimate criticism of Israel’s policies is protected by the values of free speech and democratic debate that the United States and Israel share. But Congresswoman Omar’s use of anti-Semitic tropes and prejudicial accusations about Israel’s supporters is deeply offensive. We condemn these remarks and we call upon Congresswoman Omar to immediately apologize for these hurtful comments.”

Cruz, who is a staunch supporter of Israel, immediately blasted Omar over her tweets and he questioned if Democrats would do the same.

He tweeted, “Why is a Member of Congress launching anti-Semitic slurs on Twitter? Caricaturing support for Israel as purchased by Jewish $$ — “about the Benjamins” — is an old slander. Do other Dems agree? Will media ask them? As more Dems support BDS, anti-Semitism becoming far too common.” (Video Below)

Cruz wrote on Twitter, “Something I never thought I’d say: Bravo Nancy! Thank you for having the courage to unequivocally condemn anti-Semitism.”

Why is a Member of Congress launching anti-Semitic slurs on Twitter? Caricaturing support for Israel as purchased by Jewish $$—“about the Benjamins”—is an old slander. Do other Dems agree? Will media ask them? As more Dems support BDS, anti-Semitism becoming far too common. https://t.co/1mmI71tLCg

Something I never thought I’d say: Bravo Nancy! Thank you for having the courage to unequivocally condemn anti-Semitism. https://t.co/hihTMVgLmQ

Omar’s tweets backfired big time. She later issued an apology after being told to do so:

(Related: Ted Cruz Slams Dems Who Sat While Trump Rebuked Socialism: ‘They Sorted The Wheat From The Chaff’)