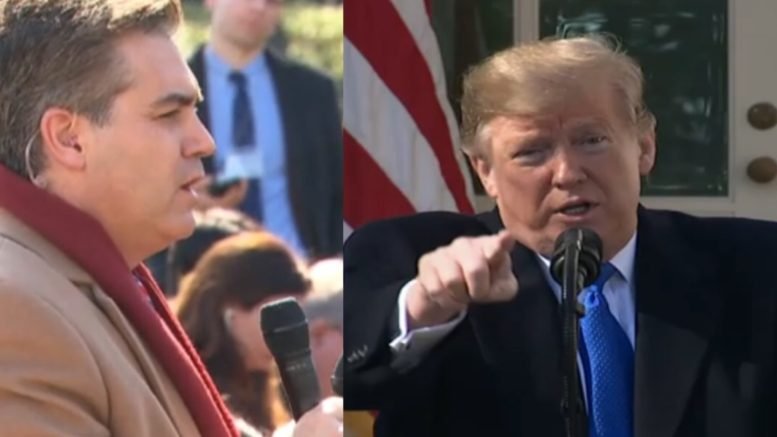 President Trump spoke in the Rose Garden where he announced he is declaring an national emergency and secure the southern border.

Afterwards, the President took questions from the biased biased press. (Video Below)

“I’ll ask the Angel Moms. Do you think I’m creating something? Ask these incredible women who lost their daughters and their sons. Your question is a very political question,” President Trump fired back.

Then, Trump wrecked Acosta and declared, “You have an agenda, you’re CNN, you’re fake news, the numbers that you gave are wrong!” (Video Below)