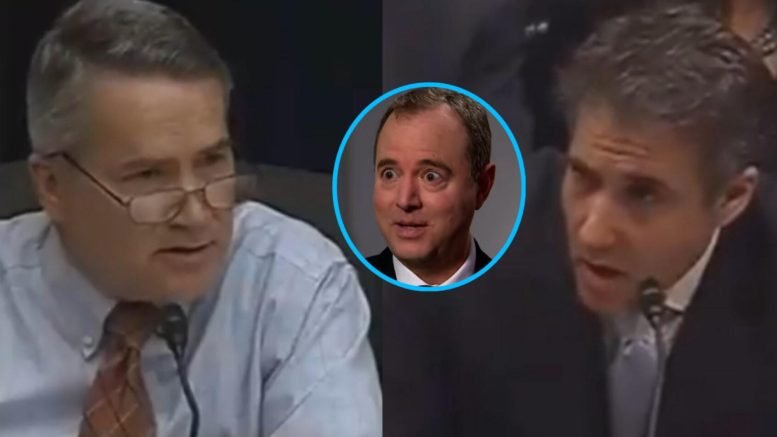 While President Trump is overseas in Vietnam, Democrats pulled out their dirty tricks to bring in their first “big witness,” who is is a proven liar, in hopes to start their “impeachment process” against the President. (Video Below)

During the hearing, Rep. Jody Hice (R-GA) grilled Michael Cohen and got him to admit what Democrats are up to.

Rep. Hice wanted to know who Cohen consulted with to prepare for the hearing besides his lawyer, Lanny Davis.

Cohen said he consulted with his lawyer, Lanny Davis, and Michael Monaco.

Then, Cohen admitted he spoke with Chairman Adam Schiff and his people. “We spoke with various individuals that you raised, yes.” Cohen revealed to the committee. (Video Below)

Cohen also said Lanny Davis is representing him basically for free right now and not getting paid. Further, he said he reached out to Davis with the recommendation of this formal counsel.

Cohen admitted he “was asked” to testify for the hearing “voluntarily,” but he was actually persuaded from Cummings and Schiff.

(Related: Before The Testimony, Jim Jordan RIPS Cohen & Democrats: ‘You Have Stacked The Deck Against The Truth’

“I find the connecting dots here with Mr. Davis and you, and frankly the Chairman, and perhaps and others to be rather stunning that there is an agenda for all this happening here today. And, I believe frankly that’s to bring the President down, to impune the President.” Hice said.

“This is the first time in history of Congress we have someone testifying here who has already been convicted of lying to Congress, so congratulations for being the first in Congress to do that, and Mr. Cummings as well. I can’t believe we brought this committee to its knees in terms of losing credibility and it’s a shameful mockery of what our purpose is.” The Georgia congressman concluded.