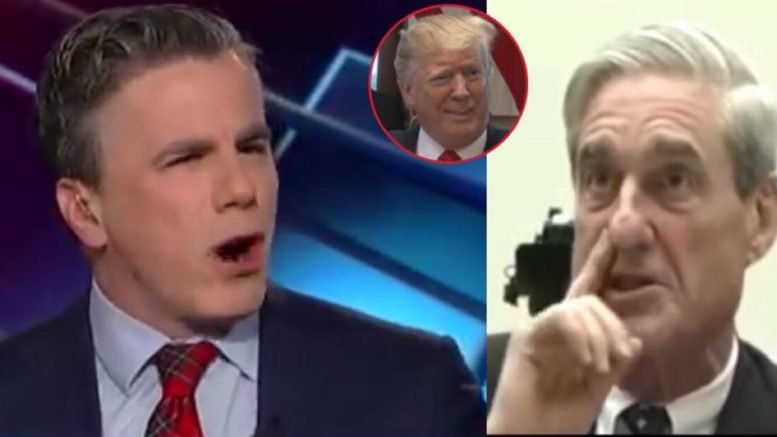 Further, Fitton explained why special counsel Robert Mueller’s Russia probe will be a test for the new Attorney General, William Barr. (Video Below)

During the interview, Judge Jeanine began by asking the President of Judicial Watch comments he made during CPAC. “This Justice Department has no business writing a report on the President’s conduct. Explain that.” She said.

Fitton responded, “Well, the President is the President. He has the right to fire people like James Comey. He has a right to communicate with the Russian ambassador and otherwise, run the government. The idea that the Justice Department is writing a report on the President’s conduct as President is ridiculous. The Attorney General Barr should be asking that.”

“We understand Mr. Mueller, that you’ve indicted all these people or prosecuted them; that’s on the public record. But, your opinion about the President’s conduct as President is about as worthy as anyone else’s opinion, and the Justice Department isn’t paying you to give us another dossier on President Trump.” America’s watchdog continued.

Fitton announced that “we already have one corrupt dossier” and added, “The idea that his activist attorney’s working for Mr. Mueller, most of them are anti-Trumpers, will be writing some dossier on President Trump– is something that needs to be rejected.” (Video Below)

When asked who he was referring to, Fitton explained Andrew Weissmann, who is an anti-Trumper.

“We’ve found an email to Sally Yates, the anti-Trump Obama holdover who said ‘I’m in awe of you’ after she did something outside of the law preventing the President’s travel ban from being defended. And he went to Hillary Clinton’s election night party.” Fitton revealed.

Fitton asked, “This man is going to be writing a report on President Trump? No thank you.” (Video Below)

Judge Jeanine pointed out that there still a lot of documents from this investigation that we haven’t seen and asked, “Where are the efforts by Judicial Watch to get that out? Are we going to get any information from Congress? And what do we need to see that we aren’t seeing?”

(Related: Men On A Mission: Meadows & Jordan Target Mueller’s Team In Their Latest Letter To Barr)

Fitton noted that ranking member of the House Intelligence Committee, Devin Nunes (R-CA) has asked for certain materials to be declassified from his investigation, including witness testimony but said, the Deep State has been sitting on that information. He further added that the FISA application hasn’t been declassified.

Asked if this is up to the President and why he’s holding back from declassifying, Fitton said, “Because, the ‘Deep Stater’s’ who pretend to be on his side come in and say ‘you can’t intervene here because of transparency.’ It’s about protecting the Mueller operation.”

He added that the Deep State will make it out to seem if President Trump declassifies then it will look as if he’s “interfering” with the Muller operation.

“We’re still getting the documents out, despite the obstruction. We’re going to have another batch of documents showing communications between Bruce Ohr and Christopher Steele, the Clinton spy. When you look at the documents Judge, you wonder what anything else Ohr was able to do but communicate with Steele. It was unbelievable the number of communications, and it was desperation on the part of Steele to get the information to the DOJ.”

“So now, we have Bill Barr, the new Attorney General. Anybody with half a brain know that the investigation should be of the Clintons and buying the Uranium and resetting and all that other hogwash. What is Bill Barr about? And what is he going to do?” Asked the Judge.

Fitton explained that he doesn’t think Bill Barr is going to come into the Justice Department and overturn tables. He doesn’t think he will shut down the Mueller investigation or Hillary Clinton.

(Related: While Facing Graham, Barr Discloses His Thoughts On FBI’s Anti-Trump Plot: ‘I Was Shocked’)

“Where is the Justice Department investigating the coup against President Trump? The abuse of the FISA process, the illicit spying on President Trump? And right now, Mueller is still being allowed to go around and abuse the process, the rule of law, and targeting people who are affiliated with President Trump. Fitton added, He may be a straight shooter, but the President is going to have to intervene to get this Justice done here.”