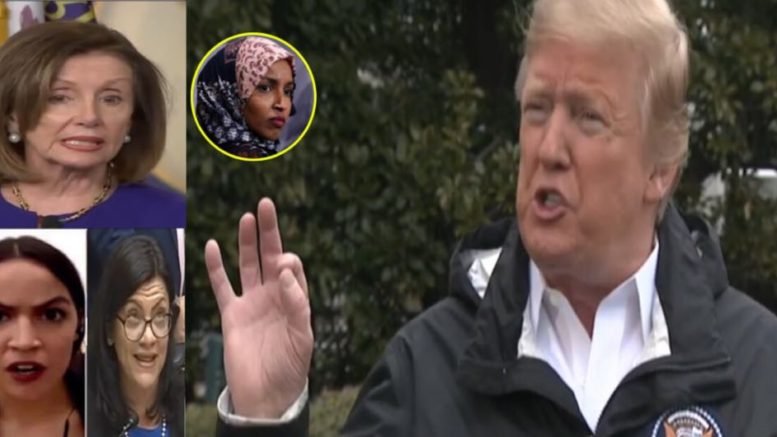 Before heading to Alabama to visit tornado victims and survey the damage, President Trump spoke briefly with the press and responded after the House passed a resolution pertaining to comments from Rep. Ilhan Omar (D-MN).

From the White House lawn on Friday, the President called Thursday’s House vote a disgrace. (Video Below)

President Trump took a swipe at Democrats and said they are becoming an “anti-Israel” and “anti-Jewish” party, after the House passed a resolution that related to bigotry without directly condemning Rep. Omar for her anti-Semitic remarks.

Related: Hannity Exposes Why Nancy Pelosi Is Not Taking A Stand Against Omar: ‘Pelosi Is Terrified Of Being Overthrown’

The President said that most lawmakers would agree that the resolution, which did not mention Ilhan Omar by name, was a disgrace “if you get an honest answer.” (Video Below)

“Today is historic on many fronts,” they said in a statement. “It’s the first time we have voted on a resolution condemning Anti-Muslim bigotry in our nation’s history. (Video Below)