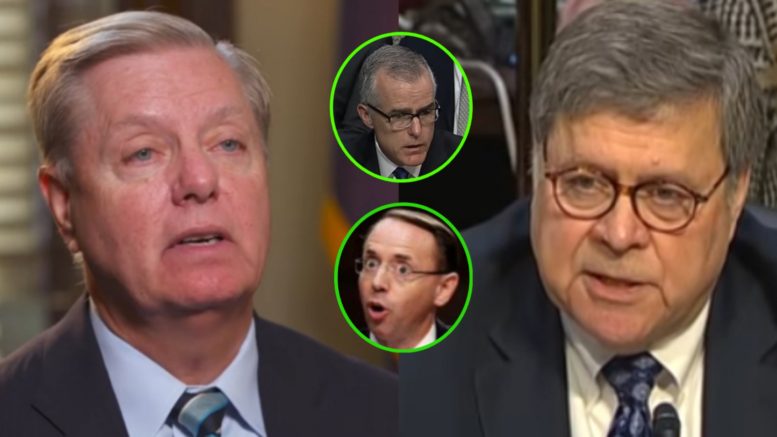 During the interview, McCabe claimed that he had at least one conversation with Deputy AG Rod Rosenstein, which they and possibly others discussed invoking the 25th Amendment to oust President Trump. He also alleged that Rosenstein suggested wearing a wire to secretly record conversations with the President.

Although Rosenstein has said the allegations are factually incorrect, McCabe’s statements have weighed on the mind of Senate Judiciary Chairman Lindsey Graham. And he is now ready to get to get to the bottom of it.

On Friday, Senator Graham sent a letter to Attorney General William Barr, in relation to remarks made by McCabe.

Graham, in the letter provided below, cites McCabe’s 60 Minutes interview and demands all records to meetings or communications that may have occurred related to invoking the 25th Amendment to remove Trump and/or wearing a wire to record the President. See Below

He also is zeroing in on a specific ten days in May of 2017, as he feels this is when meetings on the subjects may have occurred with other officials other than just Rosenstein.

On the specific time frame in question, Graham is requesting “documents and communications sufficient to show the names, titles and business addresses of all personnel who participated in any meeting that included Deputy Attorney General Rosenstein and Mr. McCabe between May 9, 2017 and May 17, 2017, or any other meeting that included these two officials during which the 25th Amendment, recording conversations with the President, or opening and obstruction of justice investigation related to the removal of Director Comey was in any way mentioned or discussed.”

In essence to that, Graham is requesting documents and communication records related to the 25th Amendment and wire recording the President that may have occured any time after May 9 of 2017. He also is demanding the McCabe Memos and documents related to the FBI’s recommendation to remove McCabe. See Below 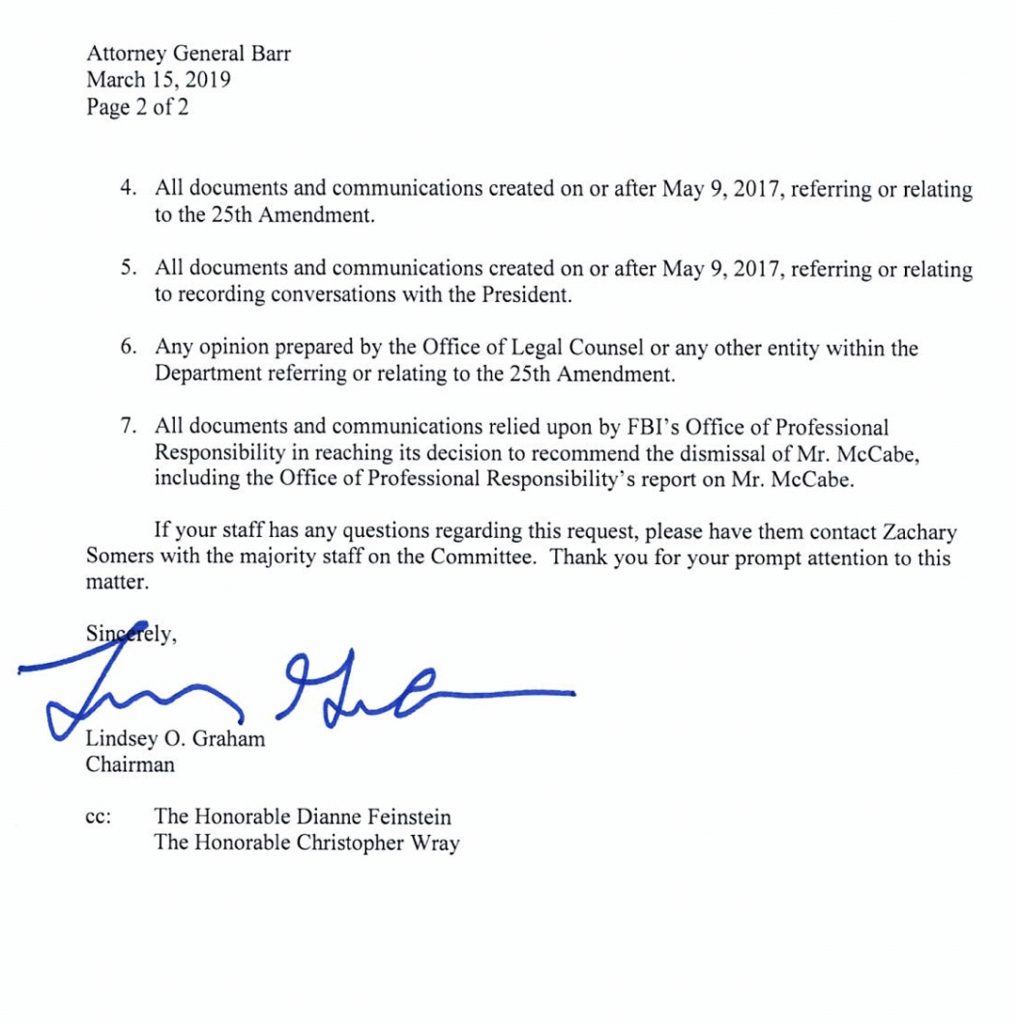 Courtesy of the Senate Judiciary Committee

Graham has also been on a mission to investigate potential corruption that went on related to the Clinton email probe and the FISA warrant into Carter Page. We leave you with tweets Graham made after the House passed a Mueller resolution.

House-passed Mueller resolution should be amended to include
appointment of a Special Counsel to:

*) Investigate alleged misconduct around the handling of the Clinton email investigation.

*) Investigate the abuse of the FISA warrant process against Mr. Carter Page.

We let Mueller look at ALL THINGS Trump related to collusion & more.