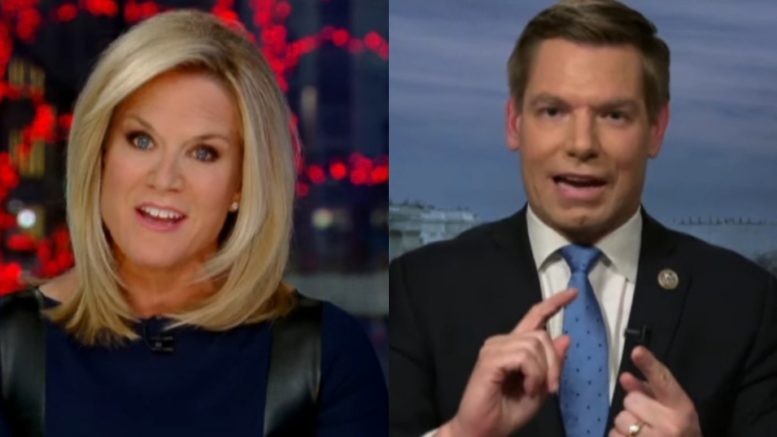 Eric Swalwell is not backing down on his belief that President Trump is a Russian agent, despite the results from Special Counsel Robert Mueller’s 2-year investigation.

On Tuesday, Swalwell joined Martha MacCallum on Fox News to discuss why he isn’t changing his tune towards the President and presented his so-called “evidence” to back up why he thinks Trump is a Russian agent.

At one point during the interview, MacCallum played a clip that showed Swalwell agreeing with MSNBC’s Chris Matthews when asked if Trump is an “Agent of Russia.”

MacCallum asked Swalwell, “Do you still believe that President Trump is a Russian Agent?” Swalwell replied, “I think he acts on Russia’s behalf and he puts Russia’s interests ahead too often of America’s interests.”

Before Swalwell went any further, MacCallum asked, “And these are all reasons that you believe the President of the United States is a Russian agent?”

Swalwell replied by saying more pieces of evidence are that Trump rolled back some sanctions for Russia, and that he kicked interpreters out of the room when having a conversation with Vladimir Putin and wouldn’t publicly discuss what was said.

He added, “Just because he’s not been criminally indicted for collusion, doesn’t mean he has conducted colluding types of behavior with the Russians.” Video Below