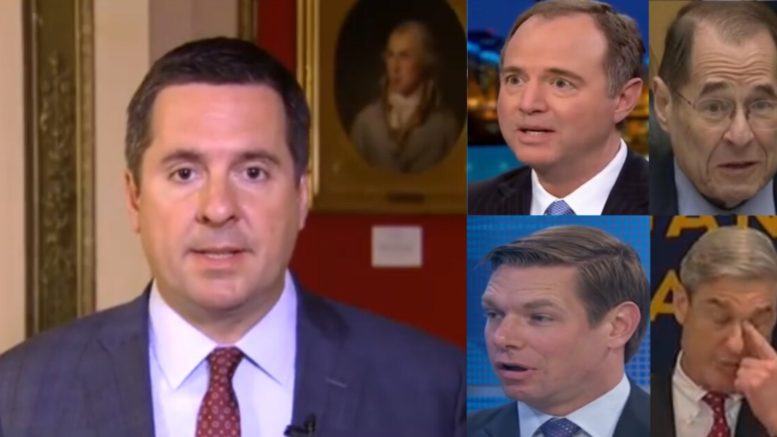 Attorney General William Barr told Congress on Friday that he plans to have a public version of the report ready to send to Congress and release publicly by mid-April or sooner, but Democrats continue their grandstanding charades to keep the Russia conspiracies alive.

Judiciary Chairman Jerrold Nadler (D-NY) said in a statement Monday that he has scheduled a markup Wednesday at 9 a.m. for the committee to vote on authorizing subpoenas for the report.

In a press release issued on Monday, Nadler noted what he said was Barr’s refusal to provide Mueller’s full report to Congress without redactions.

(Related: Pres Trump Reacts As Nadler Prepares To Subpoena The Mueller Report: ‘Behind Closed Doors The Dems Are Laughing’)

“The Attorney General should reconsider so that we can work together to ensure the maximum transparency of this important report to both Congress and the American people. The full and complete report must be released to Congress without delay.” (Continued Below)

Rep. Devin Nunes said on Monday that he ‘highly doubts’ Democrats will see an unredacted Mueller report if there is grand jury testimony in it, adding that they only want the classified information so they can leak it to their buddies in the media.

What he is interested in learning, in regards to the “Mueller dossier” as Nunes described it, is “how exactly did Mueller’s team create the report?” He said, “We know they had a lot of partisan actors in there, so I want to see the underlying information.”

Nunes also said of the report he is curious to see the interviews that were conducted, who th Mueller team subpoenaed, or if there were any wiretaps. “We know that these cast of characters, two were kicked off early, we’ve already caught them taking exculpatory evidence against Americans and leaving it on the cutting-board floor.” (Continued Below)

“The Democrats on the left here just want to get their hands on the report. There will probably be a lot of classified information, so that they can leak it. They can leak it to all of their buddies in the media, so that they can continue on going down rabbit holes of pretending that there is some kind of Russia collusion.” Nunes said with certainty.

She said that everything is seen through a “political prism” right now and asked if we can move on from this issue and if the polling helps.

Nunes responded, “We’d love to move on from the issue, however, we are going to make criminal referrals. I wish this was over too, I wish we never had to go through what is really 3 years of using our counterintelligence capabilities against a political campaign.”

(Related: Nunes Drops Hype On The Criminal Referral Tied To Origins Of Mueller’s Probe: ‘People Will Be Surprised’)

Nunes added, “The fact that they ever looked at ‘obstruction of justice’ because Comey got mad and went and leaked his papers out to the media, and an illegal leak, by the way, taking documents… there was no crime to begin with. How are you going to go after obstruction of justice? It’s pretty silly.” (Video Below)

(Related: Nunes Uncovers A ‘Fourth Bucket’ Of Classified Info & Discusses What He Thinks Is In It)