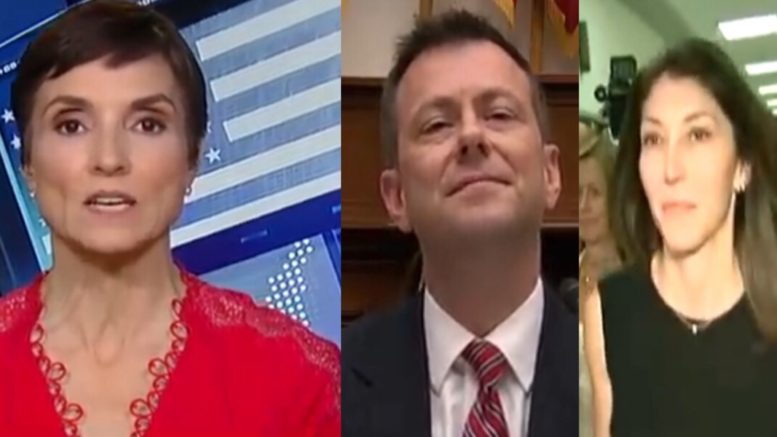 New text messages between former FBI officials Peter Strzok and Lisa Page have surfaced and they indicate that they discussed using briefings to the Trump team after the 2016 election to identify people they could “develop for potential relationships,” track lines of questioning and “assess” changes in “demeanor”.

The texts, initially released in 2018 by a Senate committee, are under renewed scrutiny by congressional investigators reviewing the genesis of the FBI’s counter-intelligence probe that was opened in late July 2016 by then-agent Strzok, reported Fox News.

As Fox News reported, it was not clear from the messages whether Strzok and Page merely sought to build bridges with the incoming administration, or wanted to engineer the briefings to investigate Trump and his associates.

“This is yet more evidence that the FBI’s Trump-Russia investigation was filled with irregularities. The more we discover about the true origins of the investigation, the more abnormal it appears in every conceivable way,” Rep. Devin Nunes (R-CA) said.

“Were these efforts done to gain better communication between the respective parties, or were the briefings used as intelligence gathering operations? Further, did any such surveillance activities continue beyond the inauguration, and in the event they did, were those activities subject to proper predication? Any improper FBI surveillance activities that were conducted before or after the 2016 election must be brought to light and properly addressed.” Grassley and Johnson wrote. (Continued Below) 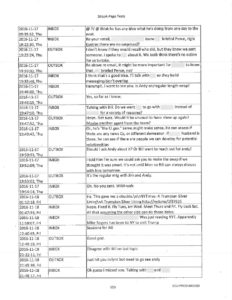 The string of texts and a prior email reveal a prior briefing with Vice President-elect Mike Pence. The text appears to show a strategy and staffing for an upcoming session. (Video Below)

Herridge continued, “A former FBI intelligence specialist said the texts appear to conflict rules made up by then FBI Director, Robert Mueller, known as the ‘Domestic Investigation Operations Guide.'”

(Related: Jim Jordan Zeroes In On Strzok In A Bold First Step To Round Up The ‘Comey Cabal’: ‘[They Need To Be Held Accountable’)

Attorney General William Barr has vowed to look into the origins of the Russia probe and whether the “spying” on Trump’s campaign was adequately predicated.

(Related: Barr Sets The Record Straight With Congress On The Results Of The Russia Probe: ‘The Letter Speaks For Itself’)