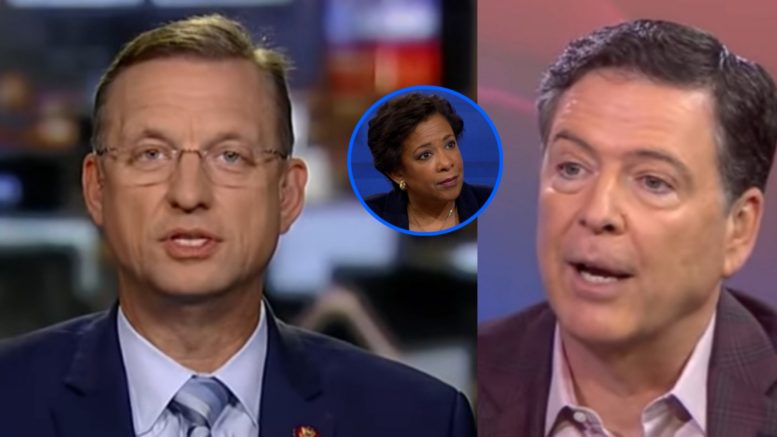 On Tuesday, Rep. Doug Collins joined Sean Hannity to give his reaction on transcripts that he recently released to the public.

The transcripts were from several private hearings that were conducted by House committees and dealt with intel community’s handling of the Hillary email probe and the Russia probe.

One of the most compelling transcripts released was that of former Attorney General Loretta Lynch, who basically threw former FBI Director James Comey under the bus in her testimony.

However, other transcripts suggested that former intel employees were downplaying questionable activities conducted by their colleagues, including the use of the Steele Dossier in the FISA process.

When asked what he thought about the transcripts, with and without Lynch’s transcript in mind, Collins said Americans are now finally seeing that he and his colleagues found “there was a conflict” and a “coverup.”

Related Article: Huckabee Reacts As Transcripts Show Lynch Throwing Comey Under The Bus: ‘This Has Moved From A Political Theater To A Legal Theater’

Regarding the “cover up,” Collins said, “They knew if it was ever uncovered, that there would be trouble.” Video Below

Collins then declared, “[Comey’s] latest run as Captain America is coming to an end. He is not what he has portrayed himself to be, and there’s going to be answering for that, based on what we’ve seen out of these transcripts. There’s contradictions at every turn.” Video Below