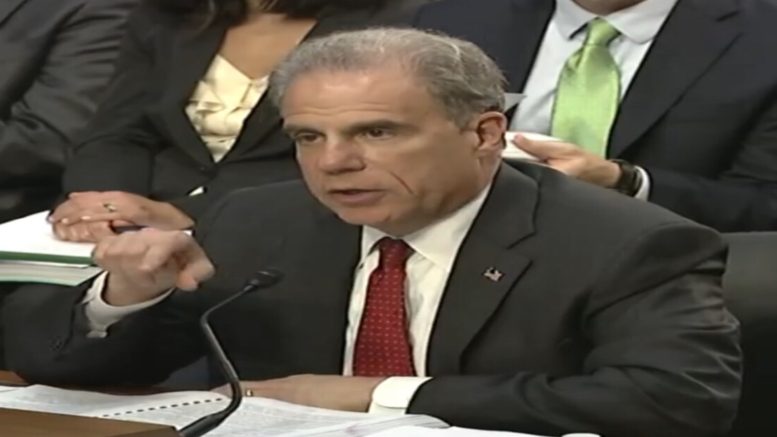 A former FBI official accepted gifts from the media and leaked sealed court information to reporters, according to the Office of the Inspector General, Michael Horowitz.

According to a summary of a DOJ Inspector General’s report released Wednesday, the former official, who served as a deputy assistant director, accepted a $225 ticket from a reporter to a media-sponsored event. The official, who is not identified, also allegedly provided law enforcement sensitive information to reporters on “multiple” occasions without authorization of the bureau. The official “had dozens of official contacts with the media” in violation of FBI policy.

Inspector General, Michael Horowitz, also found the former official might have been in contempt of court by allegedly disclosing the existence of information that was under a court seal. The Justice Department declined prosecution of the official.

The OIG investigation concluded that the DAD engaged in misconduct when the DAD: (1)
disclosed to the media the existence of information that had been filed under seal in federal
court, in violation of 18 USC § 401, Contempt of Court; (2) provided without authorization FBI
law enforcement sensitive information to reporters on multiple occasions; and (3) had dozens of
official contacts with the media without authorization, in violation of FBI policy.

The OIG also found that the DAD engaged in misconduct when the DAD accepted a ticket,
valued at approximately $225, to attend a media-sponsored dinner, as a gift from a member of
the media, in violation of federal regulations and FBI policy.

Prosecution of the DAD was declined. The OIG has completed this investigation and is providing this report to the FBI for appropriate action, the report said. (Continued Below)

Horowitz said in his previous June 2018 report that investigators found “dozens” of FBI employees had contacts with the press. “The large number of FBI employees who were in contact with journalists during this time period impacted our ability to identify the sources of leaks,” the report said.

Andrew McCabe, the former deputy director of the FBI, was fired from the bureau March 16, 2018, after the inspector general found he had given misleading statements about authorizing contacts with the media in October 2016 regarding an investigation of the Clinton Foundation, per Daily Caller. (Continued Below)

Official summary from the Office of the Inspector General: 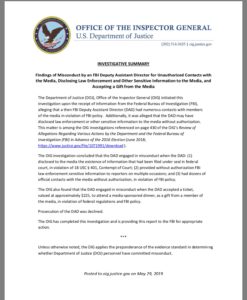