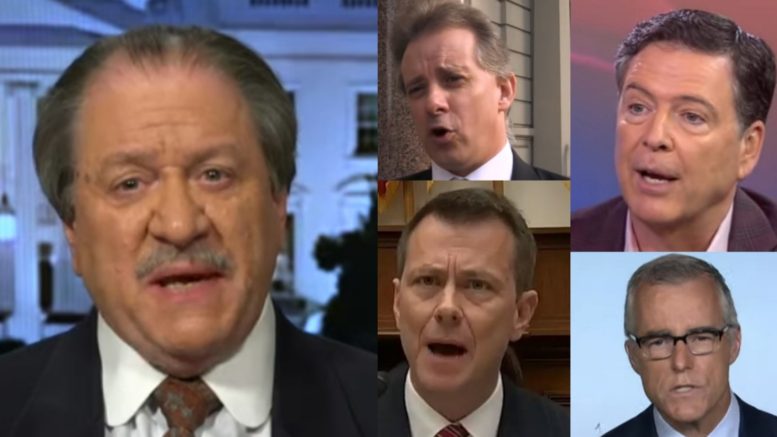 On Tuesday, news broke that Russian dossier author, Christopher Steele, has agreed to meet with investigators related to origins of the Russia probe.

In reaction to the news, Joe diGenova believes this is a sign that “the walls are beginning to close in” on intel officials who may have abused their powers.

While appearing on Hannity, diGenova said, “He (Steele) obviously made a strategic decision because he is going to be interviewed by John Durham.”

“He’s gonna talk to John Durham and his people,” diGenova continued. “So, there’s obviously some sort of deal that’s been worked out. This is great news.”

Related Article: Graham Reacts To Comey’s Claim That Barr Is ‘Echoing Conspiracy Theories’: ‘Those Are Facts That Need To Be Reconciled’

The only downfall, according to diGenova, is that there could be some limitations on what can be asked during the meeting. Video Below

“But this is what’s important,” diGenova said. “He has to tell the truth to Durham. Because even though his testimony will be given oversees, he could be indicted in the United States if he lies to Durham.”

DiGenova then concluded, “The walls are beginning to close in on the FBI fraudsters.” Video Below