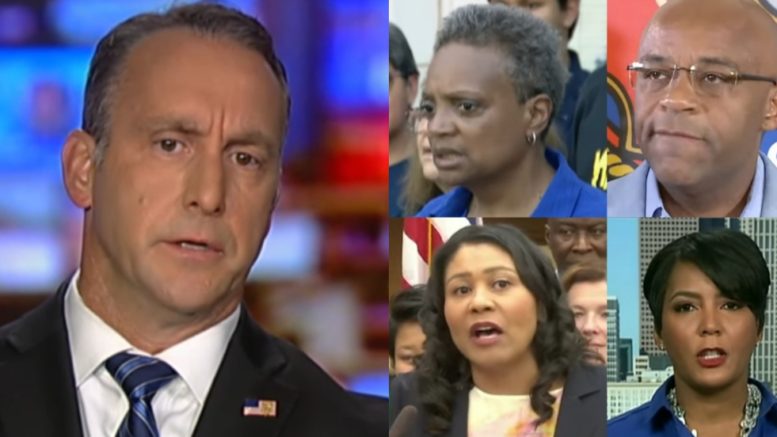 Mayors of cities that are expected to be in ICE’s crosshairs, such as Denver, San Francisco and Atlanta, spoke out against the sweeping raids and put their full backing behind the immigration community, signaling their unwillingness to comply with ICE as they try carrying out court-ordered deportations.

After seeing clips of various mayors making statements against ICE, Albence did not appear to be deterred from pushing forward and vowed to carry out the rule of law.

He said, “I think the entire public is safer when law enforcement works together.”

He mentioned the “Declined Detainer Report,” which highlights dangers that are caused by sanctuary cities’ policies. Video Below

Related Article: ICE Prepares For Approximately One Million Deportations As Congress Fails To Agree On A Solution

Albence said, “The sad part is a lot of the law enforcement agencies, they want to cooperate with us. It’s the politicians and it’s these jurisdictions that prevent them from doing so.” Video Below