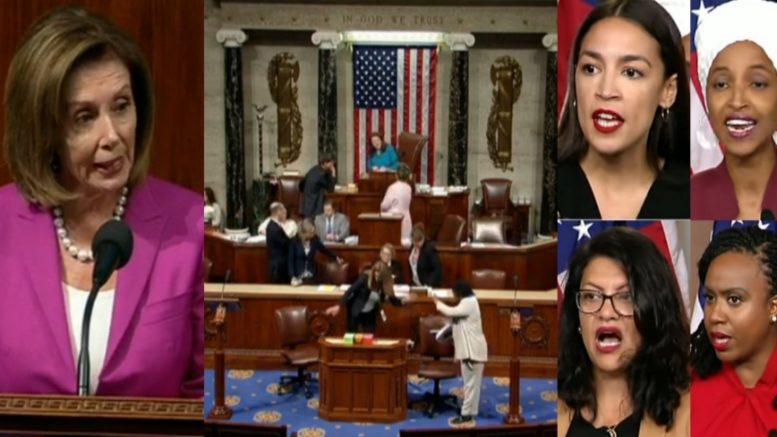 On Tuesday, the House of Representatives voted in favor of a resolution condemning President Trump over remarks made against four freshman Democrats, where he suggested they “go back and help fix the totally broken and crime-infested places from which they came” before criticizing policies in the U.S.

As per NBC News, the resolution passed primarily along party lines, with the backing of only four Republicans.

The resolution “strongly condemns President Donald Trump’s racist comments that have legitimized and increased fear and hatred of new Americans and people of color.”

The four Republicans who sided with Democrats on the resolution were as follows:

Will Hurd of Texas

Before the vote, Rep. Doug Collins demanded Speaker Pelosi’s words be taken down after she said, “Every single member of this institution, Democratic and Republican, should join us in condemning the president’s racist tweets. To do anything less would be a shocking rejection of our values and a shameful abdication of our oath of office to protect the American people. I urge a unanimous vote.” Continued Below

House members are usually barred from making denigrating remarks against the President on the House floor, although Pelosi said she had her remarks cleared by the “parliamentarian.” You can watch the exchange between Pelosi and Collins by CLICKING HERE.

At a news conference, Rep. Kevin McCarthy responded to the resolution by saying he does not think the President’s remarks were racist. He said, “I believe this is about ideology; this is about socialism versus freedom.”

In ending, here is video of McCarthy speaking at the news conference.