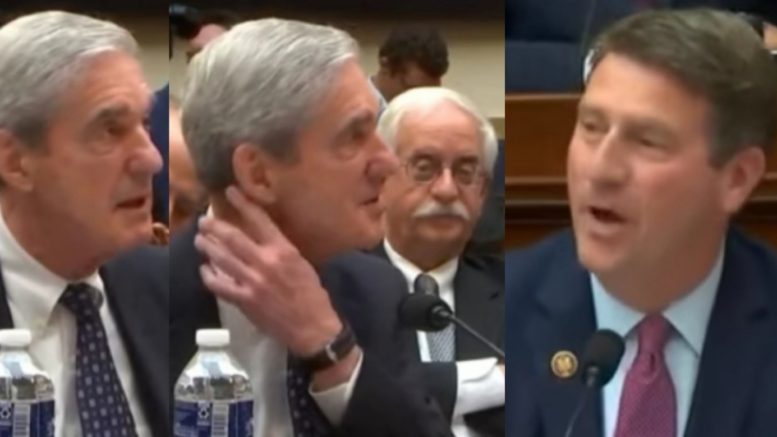 During Wednesday’s hearing, Democrat Congressman Greg Stanton made an attempt to shine a light on the integrity surrounding Robert Mueller to justify why he was the right choice for Special Counsel.

Stanton made remarks in regards to those who have questioned the motives of Mueller throughout the course of his Russia probe.

Stanton said, “I want to take a moment to remind the American people of who you are and your exemplary service to our country.”

“You are a marine. You served in Vietnam and are a bronze star and a purple heart,” he continued.

Related Article: In A Fiery Exchange, Gohmert Schools Mueller On How Trump Did Not Commit Obstruction: ‘You Perpetuated Injustice!’

He then asked, “Which President appointed you to become United States attorney from Massachusetts?” Video Below

A confused Mueller responded, “Which Senator?”  Stanton reiterated, “Which President?”

Mueller replied, “I think that was President Bush.”

With embarrassment laced across his face, Stanton replied, “Ummm, according to my notes, it was President Ronald Reagan that had the honor to do so.”  Video Below