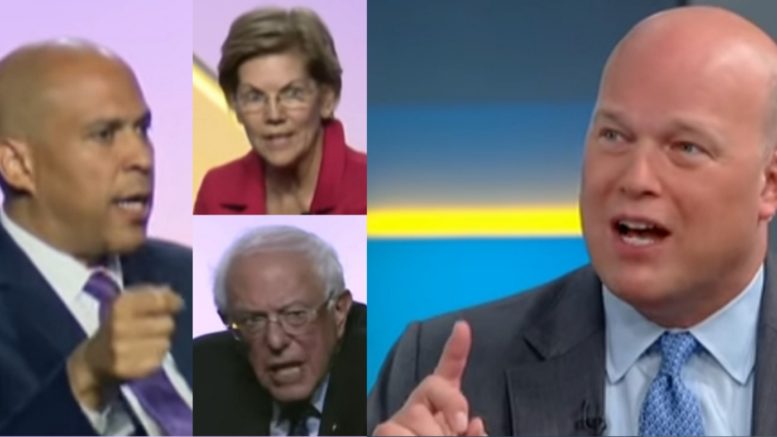 A handful of Democrat Presidential candidates, including Cory Booker, Bernie Sanders and Elizabeth Warren, believe that Mueller made a solid case for impeaching the President while testifying in front of Congress, and they voiced their support to hold the President accountable while speaking at the NAACP forum in Detroit, Michigan on Wednesday.

Whitaker slammed the Presidential candidates after being pressed on their statements, and exposed what their tactic is really all about.

Whitaker said, “It is, in their minds, their best opposition to this President because the economy is booming, we’re finally doing something about our porous southern border. The President, on every front, is doing an incredible job leading this country into the future.”

“And, so all they have right now is the Mueller report, which is crumbling,” he declared.

Whitaker went on to say, “The impeachment idea is going to continue separating Americans in the red and blue, and it’s just not gonna be productive.” Video Below

He then took a shot at House committee Democrats for going thru with holding the Mueller hearing, while so many other issues need attention.

Whitaker said, “I look at Congress, and we wasted so much money on these hearings yesterday. Everyone of those Congressmen is getting paid by the taxpayers to do this job.

“There’s so many other things they could be working on,” he concluded. Video Below