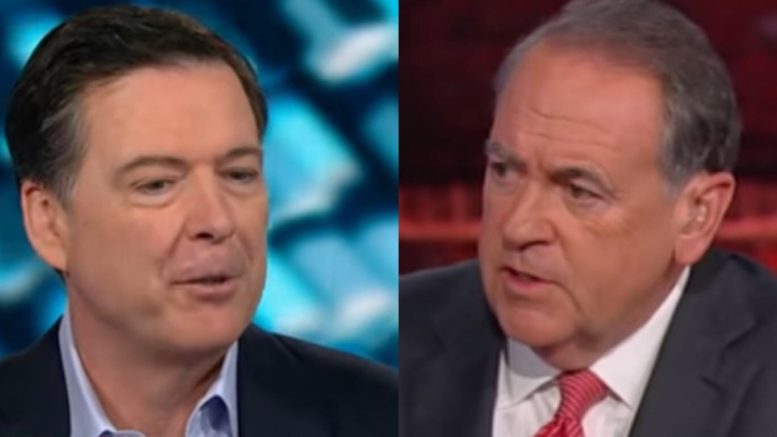 On Wednesday, Swamp Drain reported Judicial Watch announced in a press release that they obtained documents from the FBI showing that FBI special agents were sent to the home of fired FBI director James Comey.

JW received six pages of records from the FBI showing that in June 2017, a month after FBI Director James Comey was fired by President Donald Trump, FBI agents visited his home and collected “as evidence” four memos that allegedly detail conversations he had with President Trump. One of his memos was written on June 6, a month after he was fired, as per the press release.

James Comey passed his documents to a friend, Columbia University Law Professor Daniel Richman, who gave them to The New York Times. Comey admitted to that arrangement during congressional testimony.

However, on Thursday, the Justice Department has decided against prosecuting former FBI Director James Comey for leaking classified information following a referral from the department’s inspector general, according to Fox News.

“Everyone at the DOJ involved in the decision said it wasn’t a close call,” one official said. “They all thought this could not be prosecuted.”

DOJ Inspector General Michael Horowitz had referred Comey for potential prosecution as part of an internal review. But one of the key factors leading to the DOJ declining to prosecute apparently was the fact that the two memos were labeled “confidential” after he set in motion the chain of events that led to them ending up with the press, per Fox News. (Continued Below)

Former Arkansas Governor, Mike Huckabee reacted to the DOJ not prosecuting Comey for leaking and took to Twitter after the news broke.

He wrote, “If the nation’s top cop doesn’t have to obey the law, why does anyone? A double standard of justice is NO standard at all.” (Continued Below)

If the nation's top cop doesn't have to obey the law, why does anyone? A double standard of justice is NO standard at all. https://t.co/C3TuGENmDF

We leave you with Sen. Lindsey Graham, who said it is “stunning” if Attorney General William Barr declined to prosecute former FBI Director James Comey for likely leaking classified information.

“If Bill Barr decided not to prosecute on disclosing the memos, I accept his judgment. I’ve known him for 20 years,” Graham said.

But, he explains why the DOJ may have their reasons and could be focused on a “bigger” crime, such as FISA abuse.

(Related: Dan Bongino RIPS Comey In Wake Of His Latest Anti-Trump Campaign: ‘He’s A Stain On Our Country’)