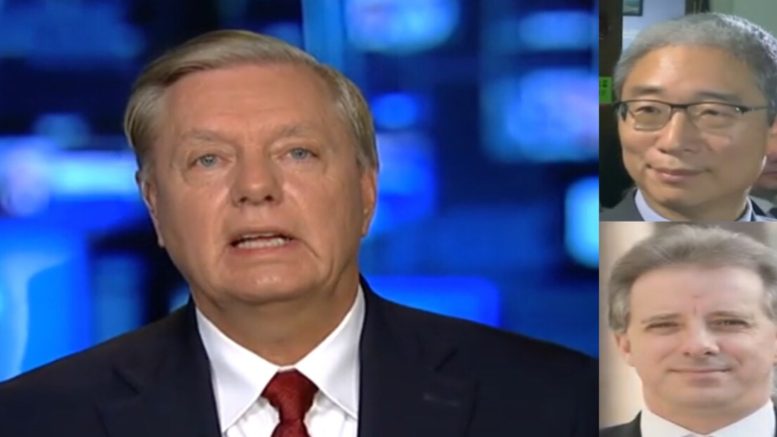 The documents were obtained in response to a Freedom of Information Act (FOIA) lawsuit filed after the Justice Department for failing to respond to an August 6, 2018, FOIA request seeking Form 302s for a number of interviews with Ohr concerning his interactions with Steele. A Form 302 is used by FBI agents to summarize the interviews that they conduct and contains information from the notes taken during the interview, as per Judicial Watch.

Judicial Watch released 34 pages of “302” report material from FBI interviews with Bruce Ohr, who was removed from his position as U.S. Associate Deputy Attorney General in December 2017. The newly declassified documents were produced to Judicial Watch Thursday evening.

The documents also show the FBI formally documented the ‘bias of Steele’ shortly after the November 2016 presidential election, yet continued to use his unverified dossier in multiple FISA court warrant application renewals. [Emphasized]

In late September 2016, Ohr described a person (likely Christopher Steele) as “desperate that Donald Trump not get elected and was passionate about him not being the U.S. President,” according to the released 302’s.

Sen. Lindsey Graham responded to the Bruce Ohr bombshell: “This is the tip of the iceberg. I know personally, there’s a lot more out there. And the word that keeps coming up is ‘bias.'” (Continued Below)

Hannity asked Graham, “Is it fair for me to say all of this cast of characters, the majority of them were involved in a rigged investigation where the evidence to violating the espionage act was overwhelming and controvertible? And that, being the underlining crime, the subpoenaed emails that were deleted and acid-washed and beaten up with hammers ect. that would be a slamdunk obstruction case? Is it fair to say that the Russian lies that Hillary Clinton bought and paid for, that even Steele didn’t stand by was, in fact, used as the basis of a FISA application on 4 separate occasions, one for full-year– denying the civil liberties of one Carter Page and also backdooring spying into the Trump campaign, Trump transition and later Trump Presidency?”

“And is it fair to say it is looking more like every day that top officials in our intelligence community abused their power and to circumvent American law, outsourced things that would be illegal for them to do, spying on Americans and using spies like Joseph Misfud and Stephan Halper and allies of ours again on a separate track to again spy on the Trump transition, Trump Presidency? Is that a fair conclusion at this point where we’re going?” Hannity asked of Graham. (Video Below)

The South Carolina Senator believes what Hannity laid out was a “pretty good overview.”

“The question for me is: Is the reason, Hillary Clinton wasn’t prosecuted is be[cause] they wanted her to be president. They knew that if they brought a case against Hillary Clinton for compromising classified information she would lose the election and they didn’t want her to lose. I think the insurance policy is what we’re seeing here. Getting into the Trump campaign, the FISA warrant against Carter Page was a fraud, I believe. The counterintelligence investigation is something we need to look at really closely,” Graham added. [Emphasized.]