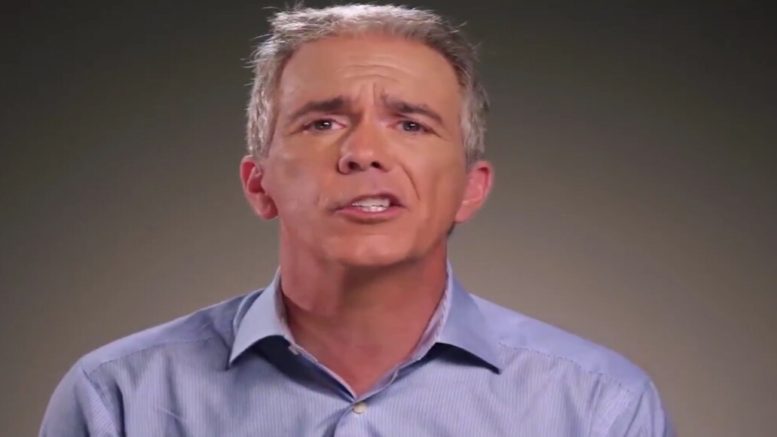 Former Illinois Congressman, Joe Walsh, officially threw his hat in the ring on Sunday to announce that he is running for President.

Walsh, is a never-Trumper, who is running on the GOP primary to defeat President Trump, claiming to be a Republican, but is welcomed on propaganda cable networks, such as CNN, with open arms to bash the President.

On Sunday, Joe Walsh took to Twitter with his official announcement that he’s running for President along with posting his first campaign video.

“When I first started thinking about running for President, talking with my family, close friends, people I trust, I started hearing about all the things that I needed to do to ‘test the waters,'” Walsh began. “Starting an exploratory committee, hire a speechwriter, get an image consultant–all the practical steps the conventional steps candidates take.”

“But these are not conventional times. These are urgent times,” Walsh continued, seemingly trying to scare people away from President Trump. “Let’s be real, these are scary times. So the hell with all those conventional things. Today I’m declaring my candidacy for President of the United States because it’s time to be brave.”

“We have someone in the White House who we all know is unfit. Someone who lies virtually every time he opens his mouth,” he claimed. “And someone who places his own interests above the nation’s interests at every single turn. We cannot afford four more years of Donald Trump, no way. What cannot wait is all of us having the courage to finally say publicly what we all know privately.” (Continued Below)

“My name is Joe Walsh. I’m a former Republican Congressman. I’m a conservative. I’m running because Donald Trump is not who we are. In fact, he’s the worst of who we are. Sure, Trump and his people are going to attack us, that’s going to happen. It won’t be easy. But you know bravery is never easy. So let’s make a statement. Go to [my website] and tell the world that you’re ready to be brave,” he said.

“I’m running for President of the United States. It’s time we all say publicly what we feel privately: We have an unfit conman in the White House. We can’t take four more years of Donald Trump. No way. Join our fight at http://joewalsh.org. It’s time to #BeBrave,” he tweeted. (Continued Below)

I’m running for President of the United States.

It’s time we all say publicly what we feel privately: We have an unfit conman in the White House. We can’t take four more years of Donald Trump. No way.

"We've got a guy in the White House who is unfit, completely unfit to be president and it stuns me that nobody stepped up" https://t.co/2zZZL9bgvi pic.twitter.com/KNcj4izgzR

Twitterverse responded to Walsh’s announcement, but it instantly backfired:

Made it to 30 seconds then couldn’t take anymore

Oh, I get it! You added an echo sound effect to your voice to prep you for speaking to empty rooms…

I know a lot of folks and what they say privately is that they love Trump but are more afraid to say that out loud because of backlash from haters.

Let me just say publicly that I feel President Trump has accomplished more for average blue collar Americans than any of his predecessors. I can’t wait for the accomplishments of the next 4 years!

Somebodies getting a Nickname. Wonder what @realDonaldTrump is going to come up with. I have a few suggestions, but my underage children are in the room.

Just what we need: someone who will “play nice” with the Democrats. Paul Ryan or John Boehner, anyone?

This guy is such a farce. He no more a Republican than my big toe. He spends all his time ranting against Trump. He might as well be on CNN or MSNBC.

That's basically all you need to know…

I mean… aside from all the racist comments and being a deadbeat dad stuff. At one point he owed $117,437 in back child support!

POLL TIME: Who will get more votes than Joe Walsh?

(Related: Joe Walsh Says It’s ‘Worth Doing Anything’ To Stop Four More Years Of Trump, Gorka Fires Back: ‘You Are The Joke’)