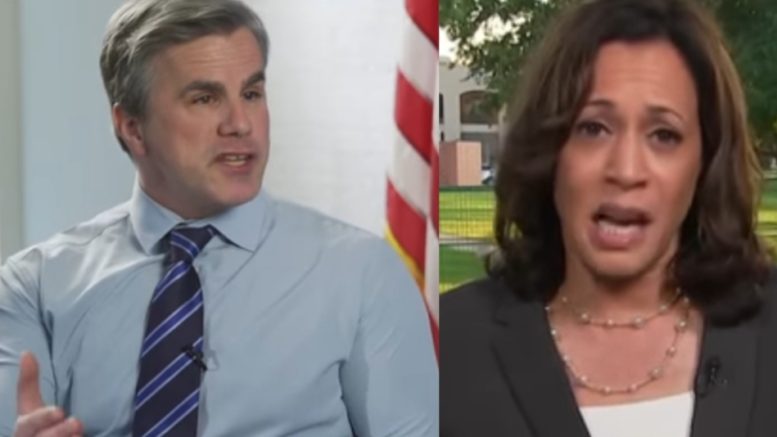 New York Times authors wrote an article that claimed they found new corroboration for accusations that Kavanaugh exposed himself to his former Yale classmate Deborah Ramirez, a classmate at Yale that hadn’t yet been investigated by the FBI.

Details of the report are still unclear and  unverified, however, that didn’t stop Senator Harris from calling for Kavanaugh’s impeachment in a statement she released on Twitter.

Kamala wrote, “I sat through those hearings. Brett Kavanaugh lied to the U.S. Senate and most importantly to the American people.”

“He was put on the Court through a sham process and his place on the Court is an insult to the pursuit of truth and justice. He must be impeached,” she declared.

DC Watchdog and President of Judicial Watch, Tom Fitton, fired back at Kamala upon seeing her remarks on Twitter.

Democrat Senators faced backlash, some getting unseated in the 2016 election, arguably because of their treatment of Kavanaugh during his hearing and not voting for him after what he went theough. And that is exactly what Fitton focused on in his response back to Kamala.

Related Article: Ted Cruz Responds To Reports Of A Resurfaced Kavanaugh Accuser: ‘At Some Point They Just Have To Let The Anger Go’

Fitton replied, “I saw you and other senators abuse their offices to try to thwart the Constitution and smear an innocent man….” See Below

I saw you and other senators abuse their offices to try to thwart the Constitution and smear an innocent man…. https://t.co/iNIG0Tim45

Despite their vicious behavior towards Kavanaugh during the nomination process, it is clear that Democrats, including Senator Harris are still very bitter by Kavanaugh’s appointment and have not given up on their campaign against him.

In ending, here are remarks from Dinesh D’Souza, where he gives Kavanaugh a piece of advice on how to handle himself moving forward:

I have a message for #BrettKavanaugh . Don’t let these attacks intimidate you. Don’t pivot left to appease the jackals. Instead never forget what they tried to do to you, and use your lifetime position to teach them a lesson they will never forget