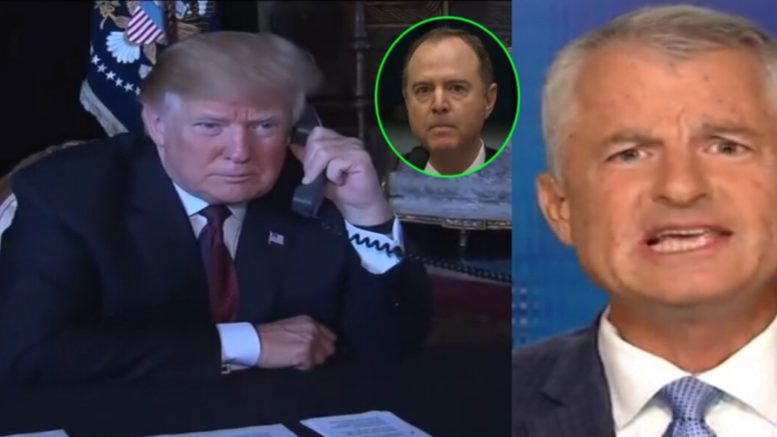 CNN analyst Phil Mudd, a former FBI and CIA official, however, defended President Trump and blasted the unidentified intelligence community official as a “snitch” during a Thursday interview with host Chris Cuomo.

Phil Mudd responded to the report from The Washington Post pertaining to a mysterious whistleblower complaint that involved a call in which President Trump reportedly made a “promise” to a foreign leader.

“Boy, I’m about ready to blow a gasket!” Mudd declared during the interview with Cuomo. “I am ticked off. This is completely inappropriate. The Congress should not be asking the intel guys to go snitch on the President.”

“The President can say what he wants. It’s not the responsibility of the intel guys to go police the President and ‘go snitch on him to the Congress.’ Ridiculous!” Mudd expressed. (Continued Below)

On Thursday, President Trump responded to the claim on Twitter calling it “fake news.”

“Another Fake News story out there – It never ends! Virtually anytime I speak on the phone to a foreign leader, I understand that there may be many people listening from various U.S. agencies, not to mention those from the other country itself. No problem!” the President tweeted.

He added, “Knowing all of this, is anybody dumb enough to believe that I would say something inappropriate with a foreign leader while on such a potentially “heavily populated” call. I would only do what is right anyway, and only do good for the USA! Presidential Harassment!” (Video Below)

As reported by the Daily Caller, Trump appointed intelligence community veteran Joseph Maguire to serve as acting director of ODNI. Democratic California Rep. Adam Schiff, the chairman of the House Intelligence Committee, has accused Maguire of mishandling the whistleblower complaint by failing to provide it to Congress.

Schiff’s complaint has been that Maguire was required by law to provide the complaint to Congress because the inspector general had categorized it as being of “urgent” concern. The Democrat announced shortly before the Post story dropped that Maguire had agreed to meet with the Intelligence Committee on Thursday, per Daily Caller.

….Knowing all of this, is anybody dumb enough to believe that I would say something inappropriate with a foreign leader while on such a potentially “heavily populated” call. I would only do what is right anyway, and only do good for the USA!

(Related: Schiff & Rosenstein Both Endorse Sue Gordon For DNI, Don Jr. Shuts Them Down: ‘If Schiff Wants Her There…’)