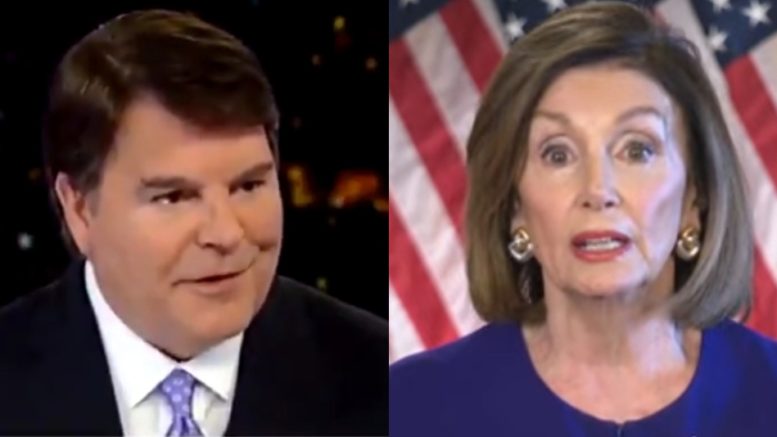 On Tuesday, Gregg Jarrett addressed remarks made by House Speaker Nancy Pelosi regarding the ongoing whistleblower drama and how she actually misstated elements regarding information that she said must be handed over to Congress.

He also mentioned how President Trump would be wrong to not inquire about potential corruption by former Vice President Joe Biden because he is “duty-bound” to do so.

“Nancy Pelosi misstated the law today when she said when she said the DNI, Director of National Intelligence shall or must hand over the (whistleblower) complaint to Congress,” Jarrett said. “That is wrong.”

“The whistleblower is not a whistleblower,” he continued. “He can’t blow a whistle on the President because he’s not a member of the intelligence community and that’s what the law says.”

“Pelosi obviously either didn’t read the law or she can’t comprehend the law, even though she said she was an authority on it,” Jarrett proclaimed. Video Below

He went on to mention how President Trump did the right thing if he did, in fact, inquired about an investigation into Joe Biden with Ukraine because that is his “duty” to carry out as President as per the “Take Care Clause” of the Constition.

“If he knows of a potentially corrupt act by a Vice President trying to extort a foreign country to shut down a probe that involves his son — that’s bribery, that’s honest services fraud — and the President is duty-bound to ask that foreign country ‘Investigate, produce the evidence, give it to us.'” Jarrett declared. “If he doesn’t do that it, it is a dereliction of his Constitutional duty.”

.@GreggJarrett says @SpeakerPelosi miss stated the law today. President has a constitutional duty to ask someone to investigate corruption. pic.twitter.com/w6wITWVXrR