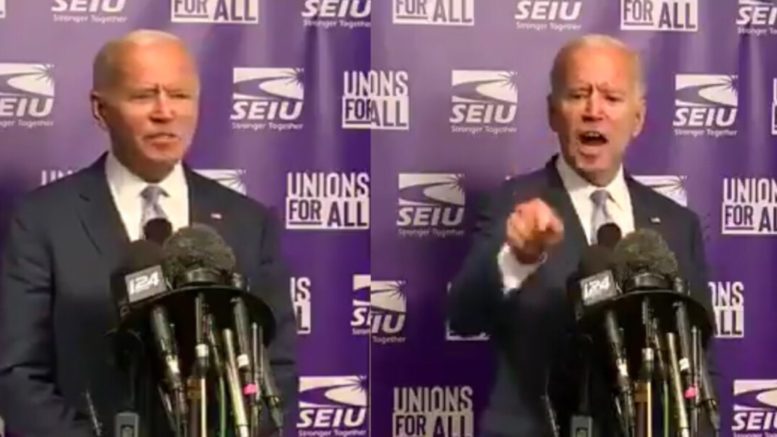 While at a Service Employees International Union forum in Los Angeles, former Vice President and 2020 Democratic candidate, Joe Biden, snapped at a reporter Friday after being asked whether his son Hunter Biden’s work in Ukraine was represented as a conflict of interest.

Biden denied allegations along with trying to shift the focus to President Trump.

“I’m not going to respond to that,” Biden said, then shifted the subject. “Let’s focus on the problem. Focus on this man. What he’s doing that no President has ever done. No president.”

“This is the guy that’s unhinged,” Biden said about President Trump. “He is unhinged. I worry about what he’s going to do — not about me or my family. I’m worried about what he’ll do in the next year in the presidency, as this thing continues to rot on his watch.”

“The American people know me, and they know him,” he added. (Continued Below)

Investigative journalist, John Solomon of The Hill, released hundreds of pages of never-released memos and documents that cast doubt with Biden’s narrative and raises troubling questions.

Ukraine’s new president, Volodymyr Zelensky, told Trump in July that he plans to launch his own wide-ranging investigation into what happened with the Bidens and Burisma.

Joe Biden snapping at the reporter:

"How was your role as Vice President in charge of policy in Ukraine and your son's job in Ukraine, how is that not a conflict of interest?"

Biden: "I'm not going to respond to that!"

What is he hiding? pic.twitter.com/jbycKLARhE