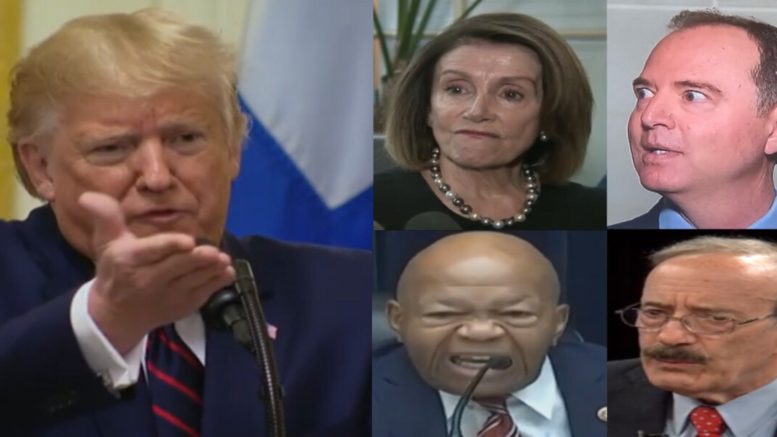 Pat. A Cipollone, counsel to the President, sent a scathing letter to House Democrats on Tuesday, in response to what he called their “numerous, legally unsupported demands” for a “partisan and unconstitutional impeachment inquiry.”

House Speaker Nancy Pelosi announced a formal inquiry at the end of last month, claiming “the President must be held accountable” for his “betrayal of his oath of office, betrayal of our national security, and the betrayal of the integrity of our elections.”

“The President cannot allow your constitutionally illegitimate proceedings to distract him and those in the Executive Branch from their work on behalf of the American people,” Cipollone wrote in part. The counsel to the President specified three circumstances for why the President won’t participate in the Democrats’ “impeachment inquiry”:

“As you know, you have designed and implemented your inquiry in a maimer that violates fundamental fairness and constitutionally mandated due process,” Cipollone wrote.

He further explained in the letter that Democrats have “denied the President the right to cross-examine witnesses, to call witnesses, to receive transcripts of testimony, to have access to evidence, to have counsel present, and many other basic rights guaranteed to all Americans”, adding that they have “conducted their proceedings in secret”.

“You have violated civil liberties and the separation of powers by threatening Executive Branch officials, claiming that you will seek to punish those who exercise fundamental constitutional rights and prerogatives. All of this violates the Constitution, the rule of law, and every past precedent. Never before in our history has the House of Representatives-under the control of either political party-taken the American people down the dangerous path you seem determined to pursue,” Cipollone wrote. (Continued Below)

“Put simply, you seek to overturn the results of the 2016 election and deprive the American people of the President they have freely chosen. Many Democrats now apparently view impeachment not only as a means to undo the democratic results of the last election, but as a strategy to influence the next election, which is barely more than a year away. As one member of Congress explained, he is ‘concerned that if we don’t impeach the President, he will get reelected.’ Your highly partisan and unconstitutional effort threatens grave and lasting damage to our democratic institutions, to our system of free elections, and to the American people,” he wrote slamming Democrats’ motives.

In section three of Cipollone’s letter, he argues that there is “no legitimate basis” for their impeachment inquiry, writing, “It is transparent that you have resorted to such unprecedented and unconstitutional procedures because you know that a fair process would expose the lack of any basis for your inquiry”.

“Given that your inquiry lacks any legitimate constitutional foundation, any pretense of
fairness, or even the most elementary due process protections, the Executive Branch can not be expected to participate in it. Because participating in this inquiry under the current unconstitutional posture would inflict lasting institutional harm on the Executive Branch and lasting damage to the separation of powers, you have left the President no choice,” he said. (Continued Below)

“Consistent with the duties of the President of the United States, and in particular his obligation to preserve the rights of future occupants of his office, President Trump cannot permit his Administration to participate in this partisan inquiry under these circumstances,” Cipollone wrote, in part.

“He has important work that he must continue on their behalf, both at home and around the world, including continuing strong economic growth, extending historically low levels of unemployment, negotiating trade deals, fixing our broken immigration system, lowering prescription drug prices, and addressing mass shooting violence. We hope that, in light of the many deficiencies we have identified in your proceedings, you will abandon the current invalid efforts to pursue an impeachment inquiry and join the President in focusing on the many important goals that matter to the American people,” Cipollone concluded. (Continued Below) 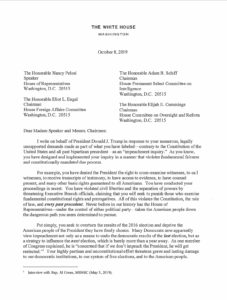 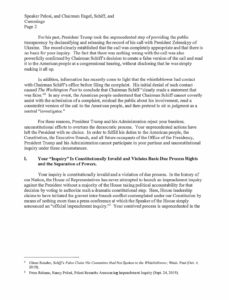 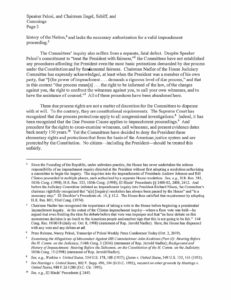 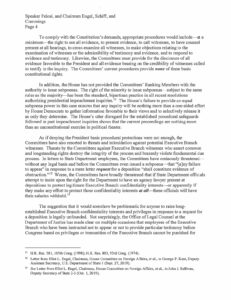 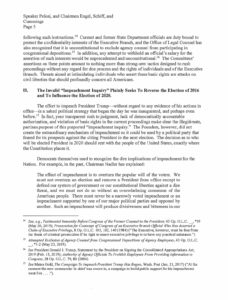 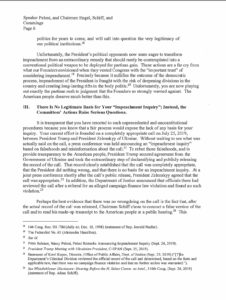 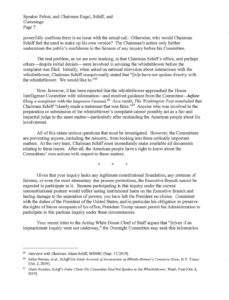 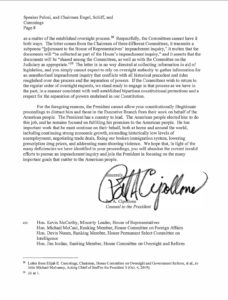 (Related: Tom Fitton Explains How Dems Effort To Impeach Trump Is Really A ‘Coup’: ‘It’s An Attack On Our Constitutional Republic’)