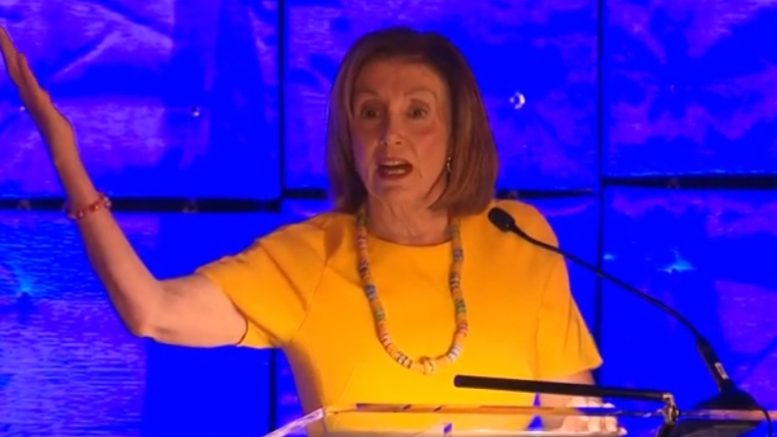 On Tuesday, White House Counsel Pat. A Cipollone sent a letter to House Speaker Nancy Pelosi and the heads of three committees stating the refusal by President Trump and the Trump Administration to cooperate in their “impeachment inquiry” due to three circumstances that make it “invalid.” Pelosi responded later in the evening.

In his letter, WH Counsel Cipollone wrote that Democrats’ “impeachment inquiry” is “Constitutionally invalid and violates basic due process rights and the separation of powers”, it “seeks to reverse the election of 2016 and to influence the election of 2020”, and there is “no legitimate basis for the ‘impeachment inquiry'” as the committees’ actions raise “serious questions.”

On Tuesday evening, Pelosi responded to Cipollone’s letter by directing most of her statement straight at President Trump, accusing him of trying to “normalize lawlessness” and vowing to hold him “accountable.”

“For a while, the President has tried to normalize lawlessness.  Now, he is trying to make lawlessness a virtue.  The American people have already heard the President’s own words – ‘do us a favor, though.’  The President’s actions threaten our national security, violate our Constitution and undermine the integrity of our elections.  The White House letter is only the latest attempt to cover up his betrayal of our democracy, and to insist that the President is above the law.

“This letter is manifestly wrong, and is simply another unlawful attempt to hide the facts of the Trump Administration’s brazen efforts to pressure foreign powers to intervene in the 2020 elections.  Despite the White House’s stonewalling, we see a growing body of evidence that shows that President Trump abused his office and violated his oath to ‘protect, preserve and defend the Constitution.’

“The White House should be warned that continued efforts to hide the truth of the President’s abuse of power from the American people will be regarded as further evidence of obstruction.

“Mr. President, you are not above the law.  You will be held accountable.” Video Below

In ending, here is video of Rep. Andy Biggs discussing why he thinks Democrats’ impeachment inquiry is “off the rails.”