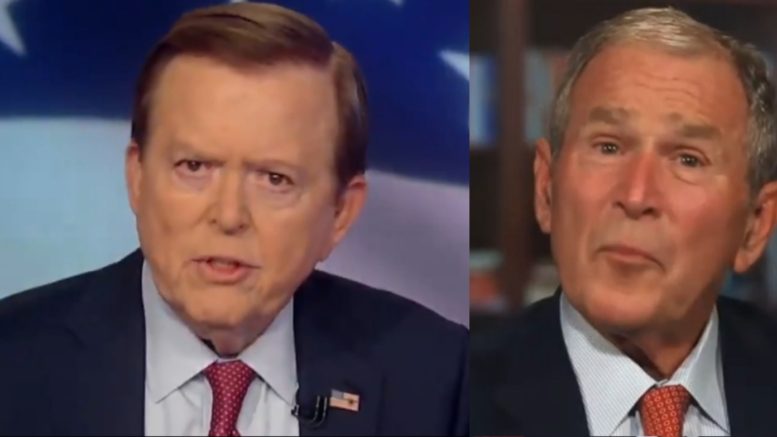 Lou Dobbs called out former President George W. Bush over recent comments he made that appeared to be targeting President Trump’s decision to pull troops out of Syria.

The remarks came during an event Bush attended with former President Bill Clinton, where he warned that it’s “dangerous” to become an “isolationist United States.”

According to Josh Rogin of the Washington Post, Bush said: “An isolationist United States is destabilizing around the world. We are becoming isolationist and that’s dangerous for the sake of peace.”

Dobbs flashed Bush’s remarks on the screen and said it’s a “far cry” from what the former President stated back in 2014 when asked why he didn’t criticize President Obama.

“I don’t think it’s good for the country to have a former President undermine a current President; I think it’s bad for the Presidency for that matter,” Bush said back in 2014, according to Dobbs. Video Below

The Bush family, as a whole, have not been very receptive to President Trump dating back to the 2016 election, when he soundly defeated former President Bush’s brother Jeb Bush.

However, George P. Bush, who is Jeb’s son, has a good relationship with the President and is a friend of his son Donald Trump Jr.

Earlier this year, while introducing George P. Bush on stage, President Trump said, “This is the only Bush that likes me,” and “This is the Bush that got it right.”

We leave you with that clip.