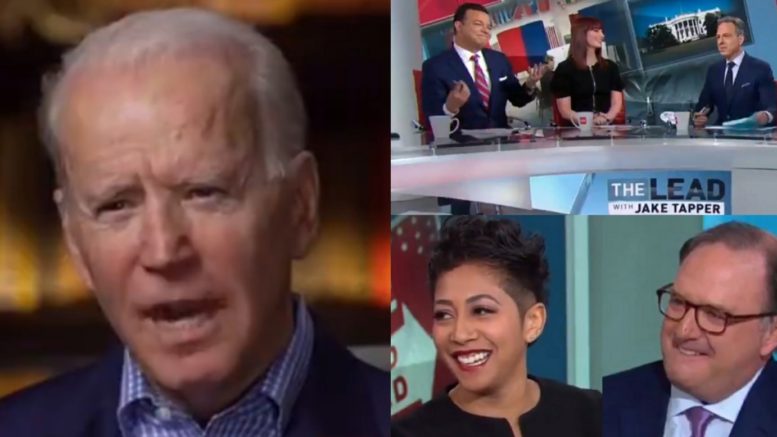 Democrat presidential candidate Joe Biden got proven wrong by CNN panelists on Monday after he denied ever claiming to have a “firewall” in South Carolina’s primary.

Biden made the suggestion while interviewing on Face The Nation with Margaret Brennan on Sunday.

After being told by Brennan that South Carolina is his “firewall,” Biden replied, “You said it my ‘firewall’. I’ve never said it.”

A surprised Brennan then responded, “Your campaign said it’s your firewall,” and a stubborn Biden replied, “No…I said I’m gonna do well there.”

After playing a clip of Biden’s denial from Sunday’s interview, Jake Tapper asked “Is it true?”

He then followed up by playing an earlier video of Biden, in fact, saying, “I think I have a real firewall in South Carolina.” Video Below

Nearly all CNN panelists then began laughing hysterically, with one of them saying, “The hypocrisy of all of the candidates. There are receipts and tapes for everything they say.”

Tapper then mockingly weighed in: “Look, I understand that you don’t wanna set expectations and then not meet them, but, I mean, he did say it was his firewall.”

And a third panelist concluded, “He did say that and perhaps he’s trying to downplay it cause there are serious cracks in that firewall.” Video Below