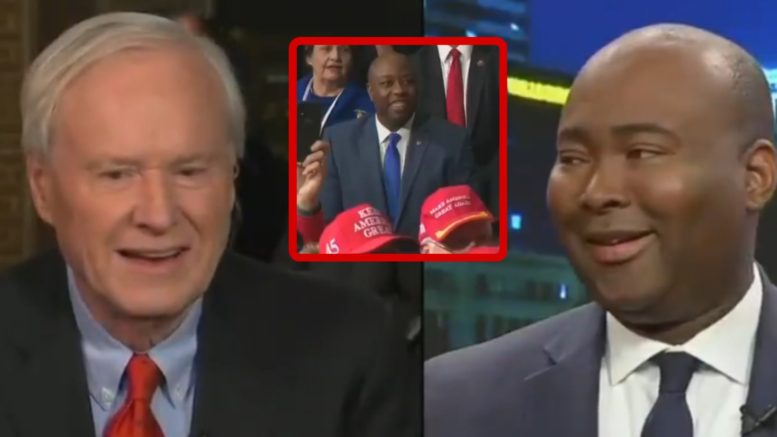 MSNBC host Chris Matthews made quite the blunder on Friday while interviewing Jamie Harrison, who is competing against Senator Lindsey Graham for South Carolina’s U.S. Senate seat.

As the interview with Harrison kicked off, MSNBC’s team played a video of Senator Graham standing next to Senator Tim Scott (R-SC) at President Trump’s South Carolina rally.

Matthews must have thought Mr. Harrison was Sen. Scott in the video that played, as he said, “Jamie, I see you standing next to the guy you’re going to beat right there, maybe. Maybe, maybe — Lindsey Graham.”

One of the correspondents tried to correct Matthews and said, “That’s Tim Scott, Tim Scott.” Another correspondent also confirmed that it was Tim Scott in the video, while Matthews had a confused look on his face.

“Who’s that?” Matthews asked, and the correspondent repeated himself, “That’s Tim Scott.”

After finally realizing he made a serious error, Matthews replied, “Oh! The other senator, Tim Scott, what am I saying? Big mistake. Mistaken identity, sir, sorry. Tell me how you’re going to beat Lindsey. Everybody knows Lindsey.” Video Below

Chris Matthews thought Jamie Harrison was hanging out w/ his opponent Lindsey Graham at a Trump rally. It was Tim Scott pic.twitter.com/QhbRl4AYvk