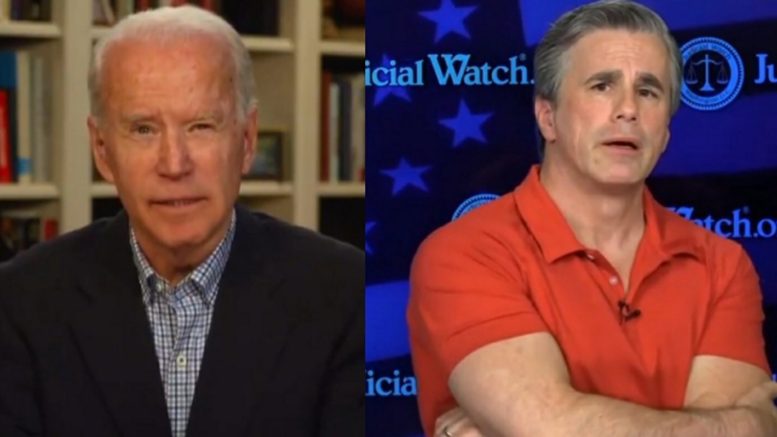 During a virtual interview on Wednesday, former vice president Joe Biden admitted on NBC that he spoke to a foreign leader two weeks ago, but would not indicate with whom.

He also believes Democrats have “had enough debates”, and wants to focus on the coronavirus crisis instead.

“Bernie Sanders’ campaign said he would debate if there was a debate in April. Do you think there should be another debate in April, and would you participate?” Joe Biden was asked.

“With regard to speaking to foreign leaders, I haven’t spoken with a foreign leader in the last, probably two weeks,” he admitted.

Asked who was the last foreign leader he spoke with, and if he talked about the coronavirus, Biden responded, “I talked about how it affected their country. But no, I’m not– it was an off the record discussion I had. So I’m not gonna indicate who.” (Continued Below)

As reported by Britannica, the Logan Act is legislation enacted by the United States Congress (1799) that forbids private citizens from engaging in unauthorized correspondence with foreign governments. As amended, the act reads:

This section shall not abridge the right of a citizen to apply, himself or his agent, to any foreign government or the agents thereof for redress of any injury which he may have sustained from such government or any of its agents or subjects.

Joe Biden: “My focus is dealing with this crisis right now… I think we’ve had enough debates." pic.twitter.com/Tv2LmIQupG

(Related: Joe Biden: “In The First 100 Days Of My Administration, No One Will Be Deported At All”)