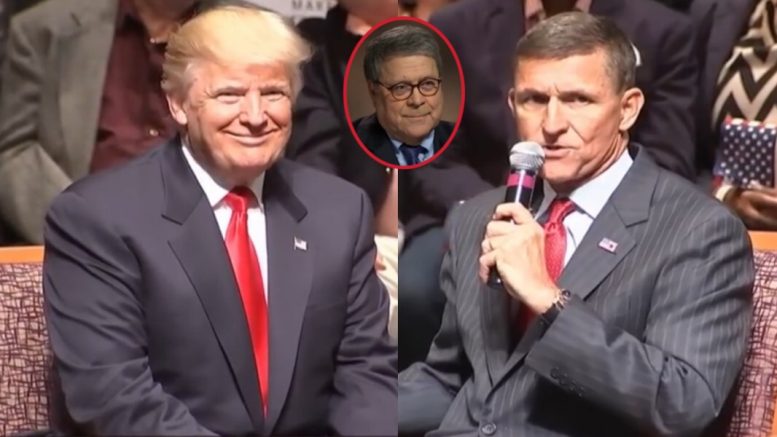 The announcement came in a court filing, with the department saying it is dropping the case “after a considered review of all the facts and circumstances of this case, including newly discovered and disclosed information.”

The retired Army lieutenant general for months has been trying to withdraw his plea, aided by a new attorney who has aggressively challenged the prosecution’s case and conduct.

On Thursday, the top prosecutor on the case, Brandon Van Grack, abruptly withdrew from the case, without explanation, in a brief filing with the court. Continued Below

Van Grack has been under scrutiny for claiming to a federal court that he had turned over all relevant exculpatory informing involving Flynn — even though a slew of “exculpatory” documents surfaced last week, Fox News reported.

It's not just the Flynn case.

Van Grack is withdrawing as counsel for the Govt in other cases as well.

I wouldn't be surprised if that's it for Van Grack at the DOJ. pic.twitter.com/tfBIrw8rxT

The case has come at an enormous cost for the retired three-star Army lieutenant general and his family, as he racked up millions of dollars in legal bills, was forced to sell his house, lost his job, and saw his reputation sullied, per Fox News.