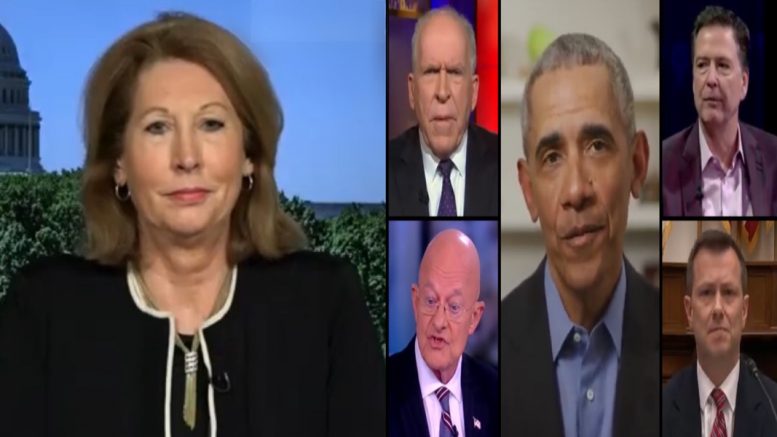 On Thursday, the top prosecutor on the case, Brandon Van Grack, abruptly withdrew from the case, without explanation, in a brief filing with the court.

Van Grack has been under scrutiny for claiming to a federal court that he had turned over all relevant exculpatory informing involving Flynn — even though a slew of “exculpatory” documents surfaced last week, Fox News reported.

Sidney Powell told Maria Bartiromo of General Flynn’s case, “This was orchestrated”, and she expects District Judge Emmet Sullivan to “sign off” on the case “tomorrow or early this week”. Continued Below

18 U.S. Code § 1001 makes it is a federal offense if you lie to an agent from the FBI, DEA, or any other federal agency while they are conducting a criminal investigation.

“These agents specifically schemed and planned with each other how to not tip him off that he was even a person being investigated. If fact, according to [James] Comey’s testimony, that’s attached to the exhibits they filed in the motion to dismiss, they just simply said, ‘We’d like to send a couple of agents by to talk to you.’ And course, General Flynn said, ‘Sure’. And he saw them as allies,” Powell said.

“They encouraged him to stay that way. They deliberately did not tell him about 1001, because they didn’t want to trigger the slightest suspicion in his mind that he was being investigated or should be concerned about anything. So they kept him relaxed and unguarded deliberately as part of their effort to set him up and frame him. We do have the agent’s raw notes, but we do not have the original 302,” she revealed. Continued Below

Powell also mentioned that there were text messages revealing “substantial alterations to the 302’s”, noting she has the document attached to one of her briefs.

Obama’s knowledge of the details of Michael Flynn’s phone calls raised eyebrows because of his own history with Flynn– and because top FBI officials had secretly discussed whether their goal was to “get [Flynn] fired” when they interviewed him in the White House on January 24, 2017.

The day before the January 5, 2017, White House Oval Office meeting took place, Powell said: “Comey and [Andrew] McCabe had found the transcripts of Flynn’s call with Kislyak, and he briefed [James] Clapper on it immediately. Clapper then went immediately and briefed President Obama on it. Then they have the Oval Office meeting on the 5th.” Video Below

“Comey admits in his testimony that the FBI are the people who unmasked General Flynn. … And on the meeting on the 5th, Sally Yates was stunned because … out of the blue mentions the call and the transcript of the call. She knew nothing because Comey hadn’t briefed DOJ,” she said.

“Then they dispatch Comey the very next morning to brief President Trump only on the salacious aspects of the dossier on January 6 [2017], to set the hook for Buzzfeed and CNN to run the dossier, with what they knew was a lie,” Flynn’s attorney continued.

“Then, Peter Strzok is watching CNN report on that and text about [him] and Preistep sitting there watching it and using it as a pretext to go interview some people. So the whole thing was orchestrated and set up with the FBI, Clapper, Brennan, and in the Oval Office meeting that day with President Obama,” Powell added. [Emphasis added].

(Related: Obama Tells Ex-Aides He Is ‘Worried’ & Has A ‘Sense Of Urgency’ Amid DOJ Dropping Flynn’s Case)