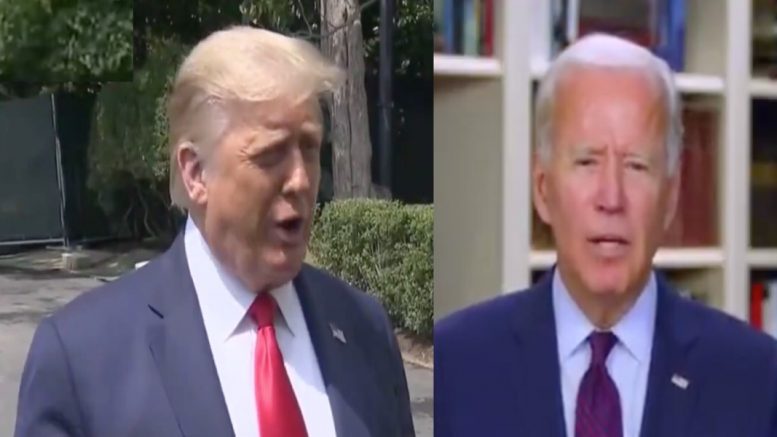 In an interview that was released on Thursday, presumptive Democratic nominee Joe Biden said that “unlike the African American community, with notable exceptions, the Latino community is an incredibly diverse community.”

National Public Radio’s Lulu Garcia-Navarro asked Biden about whether he would stop the deportation of Cubans.

“I’m going to look at every single country in the world … this guy [President Donald Trump] is sending them back,” Joe Biden said, promising to extend the Temporary Protected Status (TPS) program on his first day in office — one of several such first-day promises Biden has made.

Garcia-Navarro followed up, asking whether Biden would attempt to restore the Obama-Biden administration’s policy of improving relations with communist Cuba. Continued Below

He also told reporters, “Joe Biden, this morning, totally disparaged and insulted the Black community. What he said is incredible. I don’t know what’s going on with him, it was a very insulting statement he made. … It was great insult to the Black community.” Video Below

Here’s a longer version if you think there might be context that makes the comment more normal (spoiler: there isn’t) https://t.co/wjPmDzbzpS

“The condescending white liberal racism that oozes out of Joe Biden is disgusting. We already know that he thinks ‘you ain’t Black’ if you’re not voting for him. And we know that when a Black journalist asks him a tough question, he brings up cocaine use and says ‘are you a junkie?’ Now he arrogantly tells a group of Black reporters that ‘you all know’ that Black people think alike.”

“There’s a reason Joe Biden can’t count on the support of Black voters and it’s because of his plantation owner mentality. President Trump has a true record of helping Black Americans, with unprecedented economic opportunity, record funding for HBCUs, criminal justice reform, and support for school choice. Joe Biden would rather we all just shut up, get in line, and know our place.”

Hey media – Are you guys gonna cover this or continue to pretend that this is acceptable?

There are only 3 words to describe these disgusting comments from @JoeBiden: RACIST AF https://t.co/F6fMCTu6gr

(Related: Biden Denies Taking Cognitive Test After Formerly Claiming He’s ‘Constantly Tested’: “Why The Hell Would I Take A Test?”)