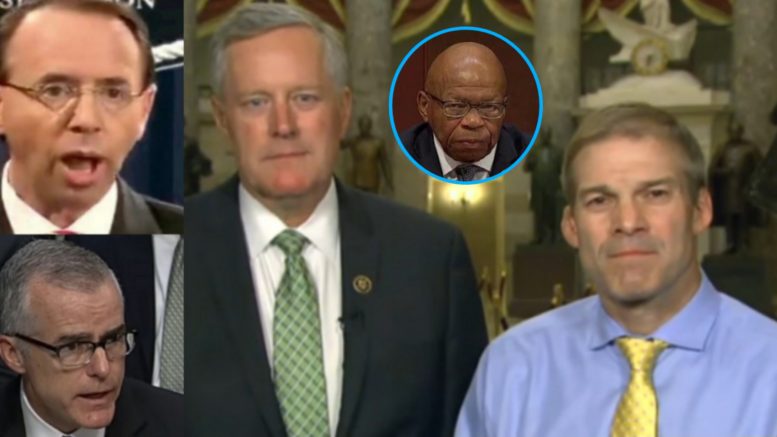 McCabe revealed a discussion that took place where he says Deputy Attorney General Rod Rosenstein suggested using the 25th amendment and wearing secret a wire to record conversations with the President in an effort to potentially oust Trump.

McCabe’s revelation, which Rosenstein denies as being factually incorrect, has reps Mark Meadows and Jim Jordan’s full attention, among many other Republicans, as they seek to haul the pair of officials back in for Congressional testimony.

Earlier on Friday, Meadows indicated that he and other Republicans are now primarily focused on “8 days in May, where Andy McCabe and others in the DOJ and FBI wanted to get rid of this President and plotted to do just that.”

He also tweeted out a series of truths that you won’t be able to find in Andy McCabe’s book, which are: Andy McCabe is a known liar and leaker, Rod Rosenstein has played ‘hide and seek’ from Congress at every turn, and Congress is in possession of scores of evidence that top brass at FBI and DOJ targeted Trump.

Soon after laying this all out, news broke that Meadows and Jordan sent a letter to Rep. Elijah Cummings demanding Andrew McCabe and Rod Rosenstein testify in front of Congress over the latest turn of events. See Below

In the letter, that can be seen below, Jordan and Meadows cite conduct and decisions by both Rosenstein and McCabe made after James Comey was fired as basis for why they need questioned.

The letter claims in the eight days after Comey was fired, “Rosenstein conducted a series of meetings to discuss ways of getting the President” and that McCabe is relaying facts of the meetings in his new book, which Rosenstein denies.

It goes on to say former FBI counsel James Baker testified about such meetings that were organized by Rosenstein. In light of all of this, Meadows and Jordan say the committee should hear from both Rosenstein and McCabe so “the American people can determine who to believe.” Full Letter Below 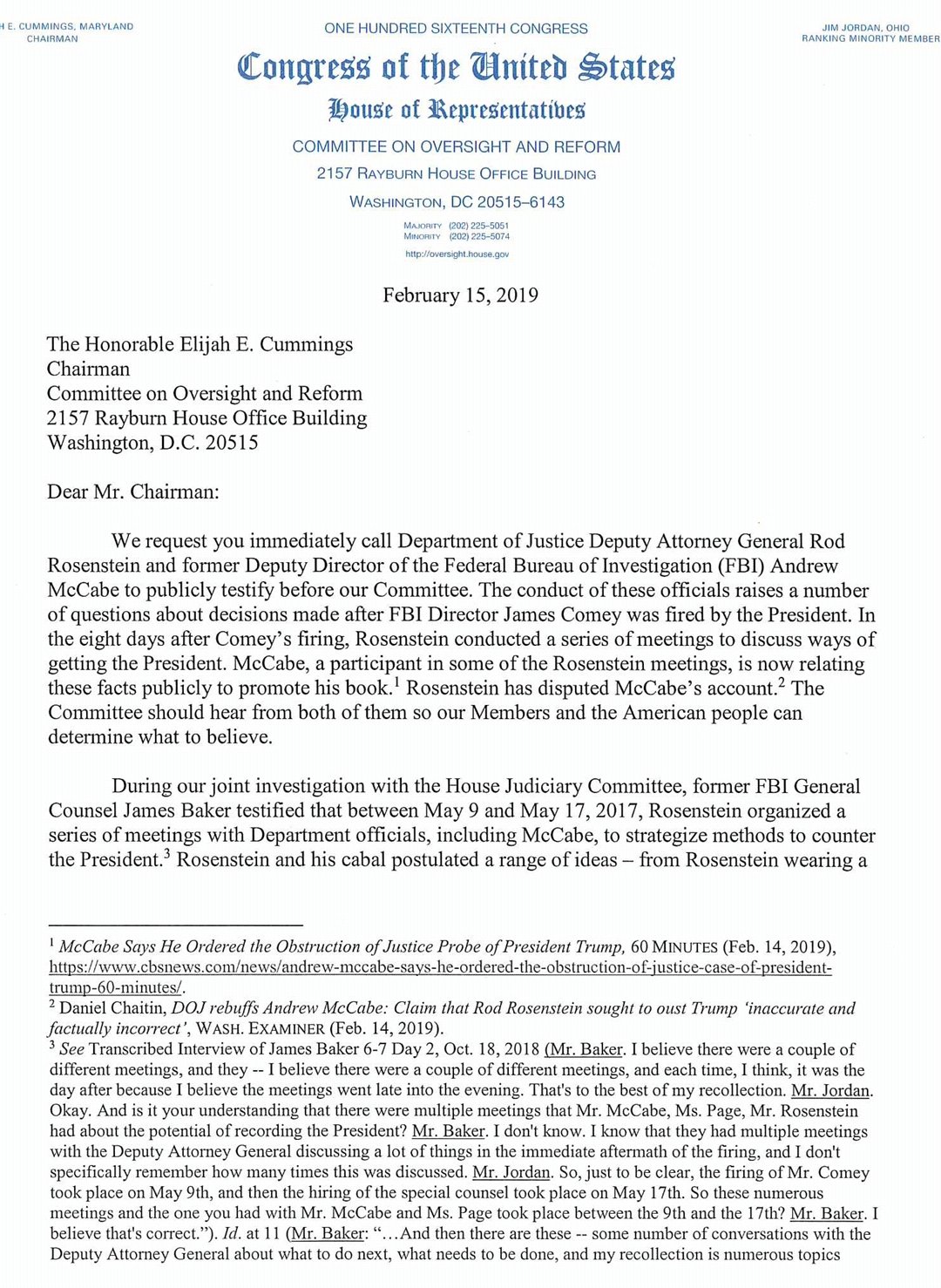 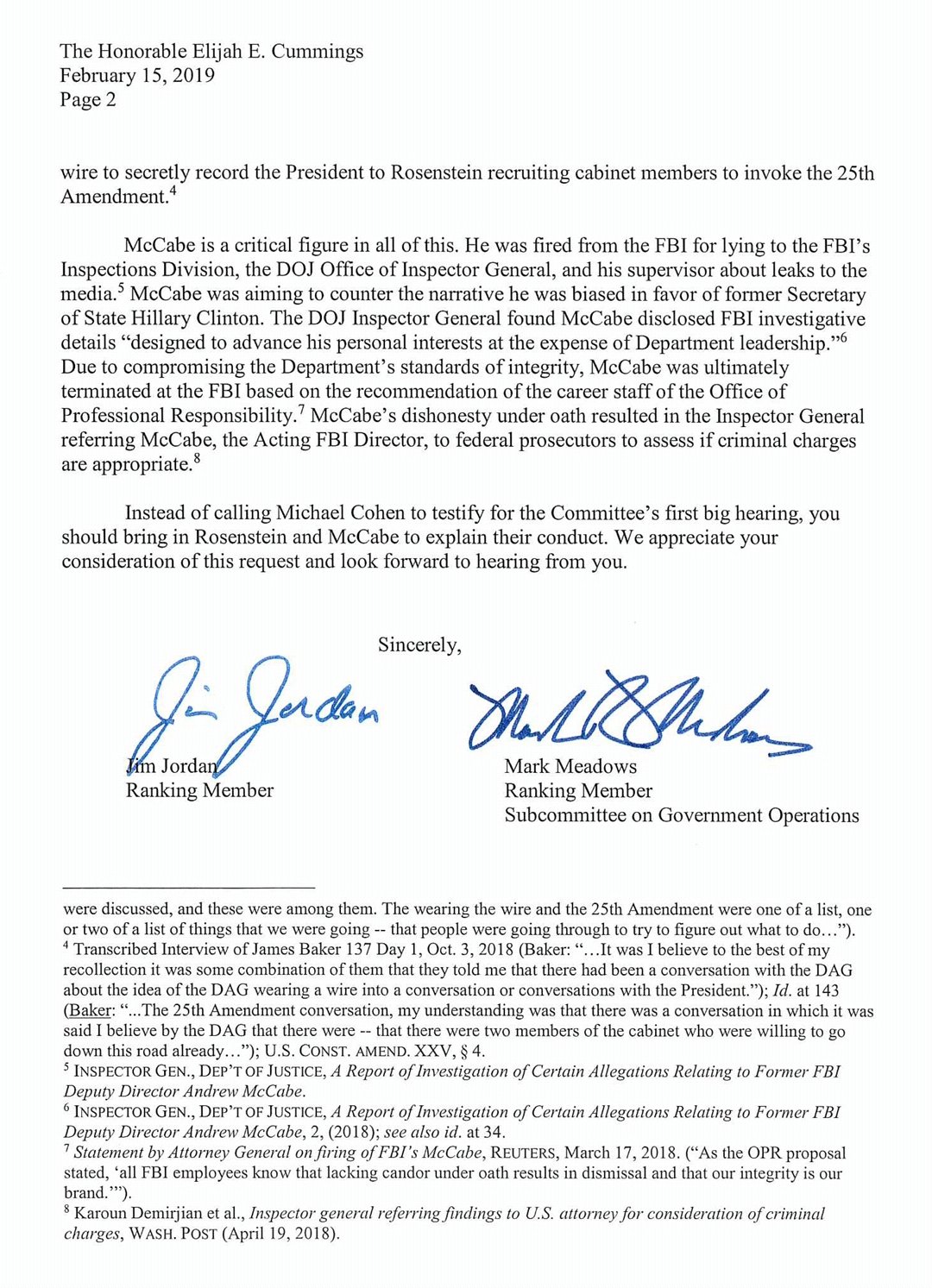 In ending, here is video of Meadows discussing the latest on McCabe’s new book: